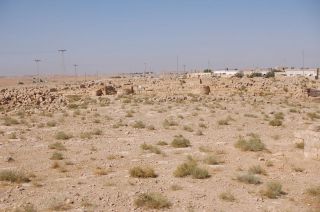 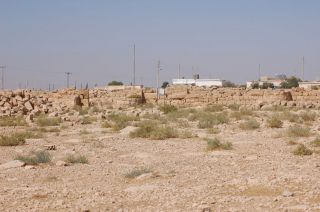 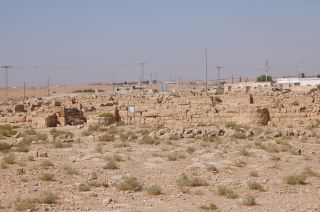 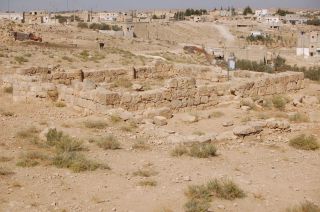 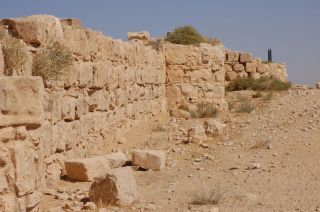 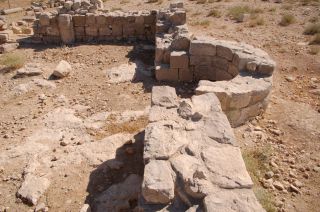 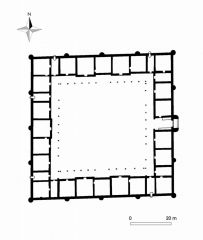 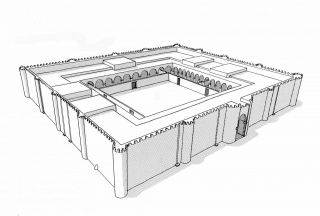 Hegira, first half of the 2nd century / AD third quarter of the 8th century

The site of Umm al-Walid, situated 14 km southeast of Madaba, consists of an agglomeration of buildings which include both large and small structures, a late Roman temple, mausoleum, cisterns and barrages. In the Umayyad period, during the first half of the AH 2nd / AD 8th century, a large settlement sprang up on an area extending 400 m north to south, and 300 m, east to west. On the eastern periphery a qasr (palace) and a small mosque were built.
The qasr is a square enclosure, measuring 70 m on each side. It has round buttresses at each of its corners and three-half round ones on the sides between them, except on the east side, which has only two. The walls are carefully built of local limestone and also include some embossed blocks apparently taken from earlier buildings. The entrance, set in between two quarter-round towers in the middle of the eastern side, opens onto a passageway which has stone benches, with armrests, along its sides. The entrance passageway leads into a paved courtyard measuring 33 m sq. Excavations have revealed that a portico ran all around this courtyard, and behind it ran low walls that separated the apartments from the central courtyard.
The low walls enclose five narrow rectangular courts, and behind them are five self-contained residential units (bayts). At the corners of the portico are narrow rooms each provided with a latrine. In addition to the pottery and steatite vessels, two incense burners with spherical covers, jugs and bowls, all in bronze, were recovered from the southeastern room. Also notable is a monolithic lintel decorated in plaster relief depicting a panther chasing a gazelle that was found in the northwestern room.
Some 60 m to the east of the qasr is a small mosque measuring 14 m x 10.30 m; it has two doors, one in the northern and one in the eastern side, the latter leading to a walled enclosure with stone benches along its western side.
The interior of the mosque, which shows two phases of construction, is divided into three aisles by two arcades of three arches, each running parallel to the south (qibla) wall. In the middle of the qibla wall is a projecting concave niche (mihrab), which indicates the direction of prayer. It should be noted that the Umayyad settlement at Umm al-Walid was implanted in the middle of a predominantly Christian area, and without peaceful coexistence and close cooperation with neighbouring Christian communities in Madaba, Nitl and Umm al-Rasas, the Umayyad settlement could not have existed; it was in need of local markets to supply the sustenance required for the community. In other words, Umm al-Walid tells a story of integration rather than an attempt on the part of the Umayyads to live separately from the rest of the community.

Umm al-Walid lies 14 km southeast of Madaba. It includes a late Roman temple, a mausoleum, cisterns and barrages. During the first half of the AH 2nd / AD 8th century, a large settlement was built with a small mosque and a qasr (palace), where a substantial collection of pottery, steatite and bronze vessels was found. The Umayyad settlement at Umm al-Walid was implanted in the middle of a Christian area, and had close co-operation with neighbouring Christian communities. It tells a story of integration rather than an attempt by the Umayyads to live separately from the rest of the community.

Archaeological excavations at the site; material remains, especially pottery and steatite vessels, indicate a date of the Umayyad period. 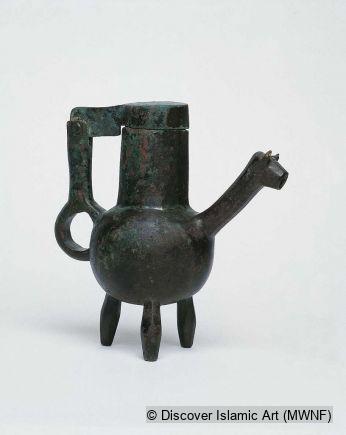 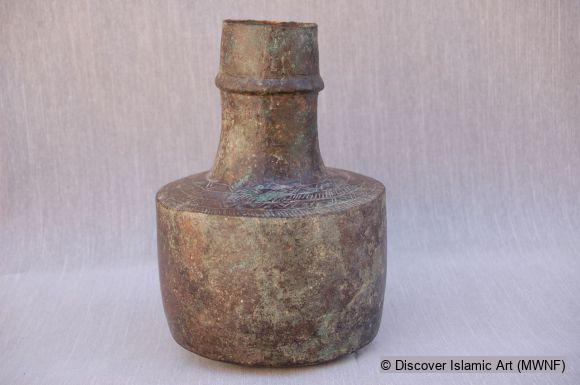 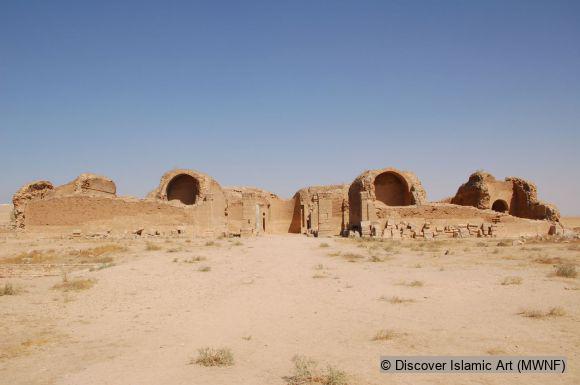