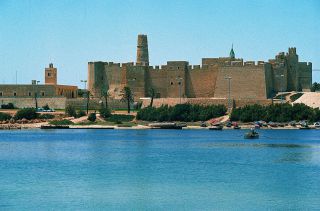 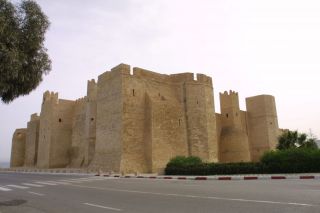 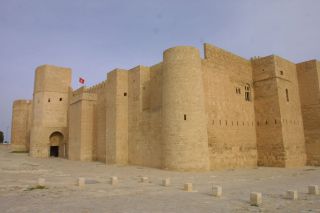 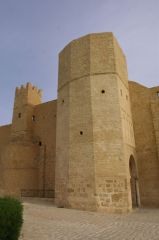 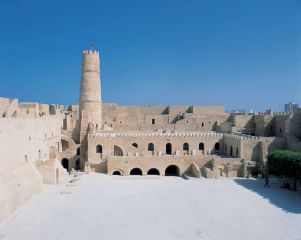 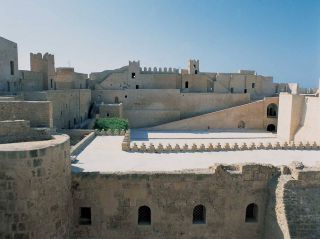 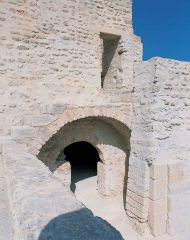 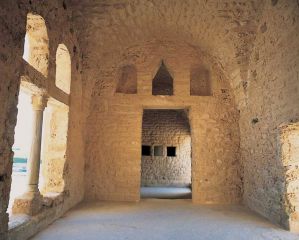 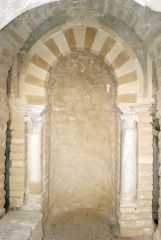 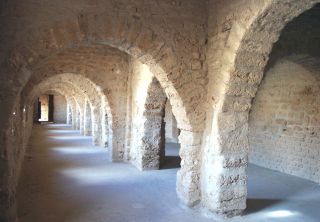 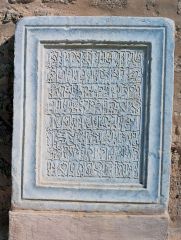 The name of the architect is unknown but the building works were carried out by Muhammad ibn Qadim.

The Abbasid general and governor of Ifriqiya, Harthama ibn Ayan. According to a stone inscription currently kept at the Louvre, enlargements were carried out in AH 355 (AD 966) by Abu al-Qasim ibn Tammam.

Erected in 181 (796), the Monastir Ribat was enlarged on the north side in the Aghlabid period, and on the south side during the Fatimid era in 355 (966). After works carried out at the time of the Hafsids, indicated by a commemorative plaque dated 828 (1424), the fortress expanded to a surface area of 4,200 sq m. Many consolidations as well as several polygonal and circular towers were added between the 11th and 13th / 17th and 19th centuries in order to accommodate pieces of artillery.

The Monastir Ribat is a fortress flanked by circular and polygonal towers. The entrance porch is decorated with five flat niches framed by horseshoe arches. Over the niches there is a frieze of floral patterns, ornamentation typical of the Fatimo-Zirid style. A chicane door, over which is written a Hafsid inscription in the naskhi style, leads to a hallway giving access to the original ribat. The courtyard inside is flanked by porticoes, each leading into a cell. On the first floor is the prayer hall, which has two bays and seven naves. The central nave is wider than the others. This architectural layout, used for the first time in a prayer hall, was to become the norm in all the great Ifriqiyan mosques.
At the front of this area, on the first floor and on the south side, there is a room with seven naves and two bays, roofed with barrel vaults except for the central nave. The southern half of the central nave is covered by a flattened spherical dome with no pendentive. The indications are that this was a prayer hall whose mihrab was sealed off. Its architectural layout is reminiscent of the original ribat, which was situated exactly in line with this room. This building dates from AH 335 (AD 966) and was mentioned by the historian al-Bakri in the middle of the AH 5th century (AD 11th). Later it was used as a ribat for women.
Alteration works were carried out in AH 1115 (AD 1704) during which the ribat was given polygonal towers at the southeast and northwest corners and a circular tower at the northeast corner. These structures allowed adaptation to the military innovation of accommodating pieces of artillery. More towers, of which the bastions, were added during the works carried out by Husayn Bey between 1238 and AH 1250 (AD 1823–35). This explains the rather piecemeal aspect of the external walls, modifications to which extended from the AH 11th to the 13th centuries (AD 17th to 19th).

This ribat offers the appearance of a fortress flanked by circular and polygonal towers and was built in the AH 2nd / AD 8th century before being extended under the Aghlabids, Fatimids and Hafsids successively. In addition to consolidation work, several bastions and towers were added. The original prayer room has been home to the Museum of Islamic Art since 1959, which exhibits some pages from the Qur’an and manuscripts, Kairouanese bindings, a collection of funerary stelae from Monastir and some Fatimo-Zirid bronze items.

Several historical and biographical sources attribute the foundation of the ribat to Harthama ibn Ayan. This is corroborated by an inscription, totally effaced today, stating that the works were carried out in 181 / 796. 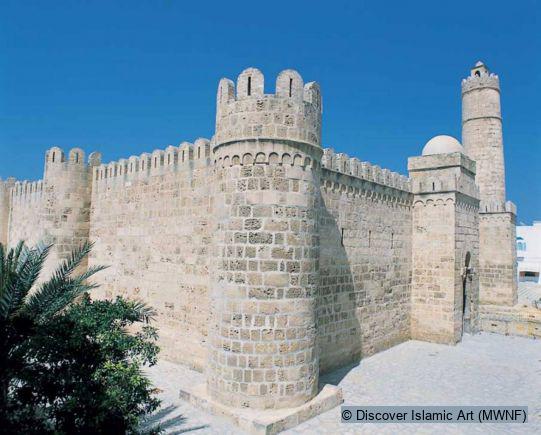 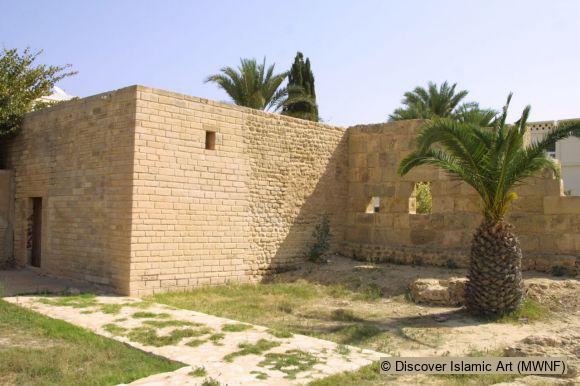 The Abbasids | The Aghlabids: Shield of the Abbasid Dynasty