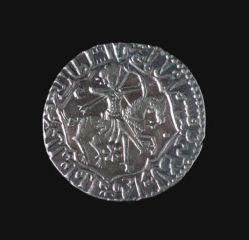 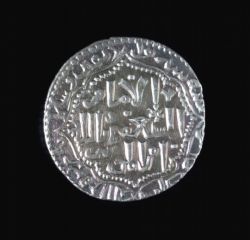 A silver dirham coin, weighing 2.74g, struck at Sivas in Turkey in the name of Qilij Arslan IV (Kılıç Arslan IV, r. AH 646–54 / AD 1248–57). On the obverse is the ruler's name: 'The very great Sultan Izz al-Dunya wa'l-Din Qilij Arslan son of Kaykhusraw Companion of the Commander of the Faithful'. This inscription surrounds a depiction of a mounted archer, similar to a Mongol issue of the Great Khan Ulush Beg (AH 642–3 / AD 1244–5). The Seljuqs paid an annual tribute to their nominal overlords the Mongols. On the reverse of the coin, is the caliph's name, inscribed: al-Musta'sim, the last of the Abbasid caliphs in Baghdad. This is an unusual example of an Islamic coin, given that figurative representation on coins was relatively rare in the Islamic world.

This silver dirham bears the name of Rukn al-Dunya wa’l-Din, Qilij Arslan IV, who ruled Seljuq Anatolia from AH 646 to 654 / AD 1248–57. Its design of a horse and rider is rare and is derived from a Mongol prototype.

The coin was minted at Sivas, central Anatolia, Turkey. 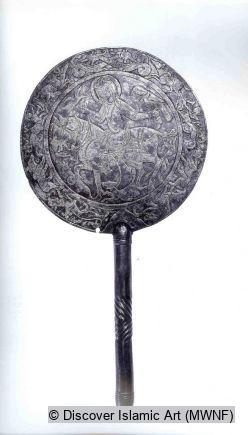