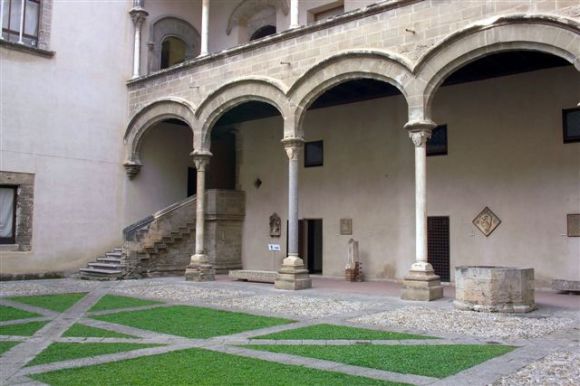 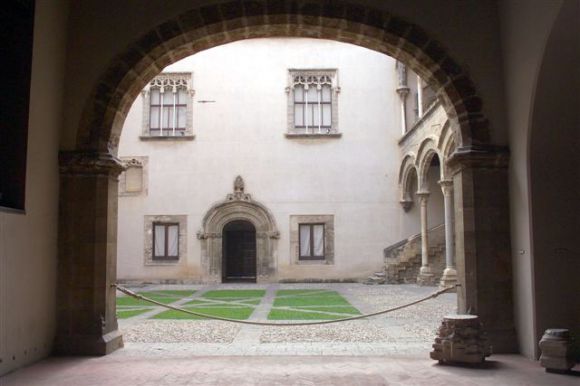 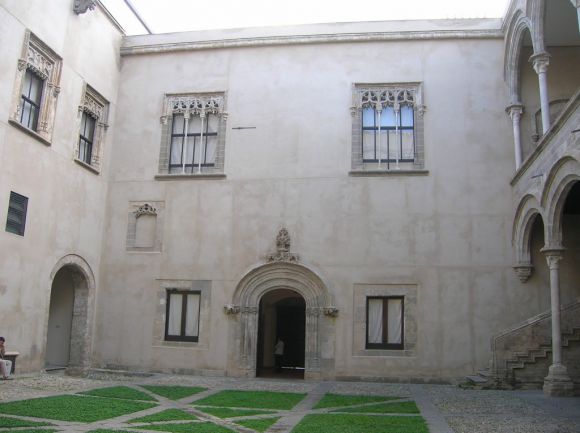 The Regional Gallery of Sicily showcases the evolution of the figurative arts within Palermo and Western Sicily from the 12th to 18th centuries. The palace that houses the museum was built in 1495 as the residence of Francesco Abatellis, Master of Sicily’s ports, and stands as an important representative of Gothic-Catalan architecture within the region. After the death of Abatellis, part of the building adjoining the palace was converted in 1527 into a convent for the Benedictine Nuns of the church of Santa Maria della Pietà. This was then later turned into a Dominican Monastery. During the Second World War, the palace sustained considerable bombing damage in 1943, leading to initiatives for its complete restoration. The museum was finally opened to the public on the 23rd of June 1954.

The present layout of the museum is the result of collaborative efforts between the curator Giorgio Vigni and the Venetian architect Carlo Scarpa throughout the years 1953-54.

The permanent museum exhibition is divided into two sections; sculpture is located on the ground floor whilst paintings are located on the upper floor.

The Gallery's collections come from acquisitions, donations and confiscations of property belonging to suppressed religious organisations. Before being grouped together in the current headquarters, these works were part of the Royal University Pinacoteca, then collections of the National Museum of Palermo. The works of Islamic art preserved in the Gallery come mainly from the city of Palermo where they were recovered during restoration works and architectural restructuring of the most important Arab-Norman sites. These include the Norman Palace (later the Royal Palace), the church of Santa Maria dell'Ammiraglio called the Martorana, the church of San Giacomo la Mazzara (which no longer exists) and the Casa Maturano, a building adjacent to the church of Martorana. Other objects, particularly wood and ceramics, were purchased mainly from the Egyptian antiquities market by the then director of the Royal Museum, Antonio Salinas, between the late 19th and early 20th centuries.