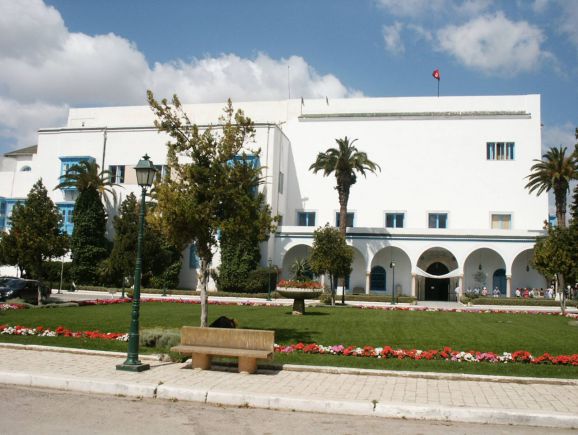 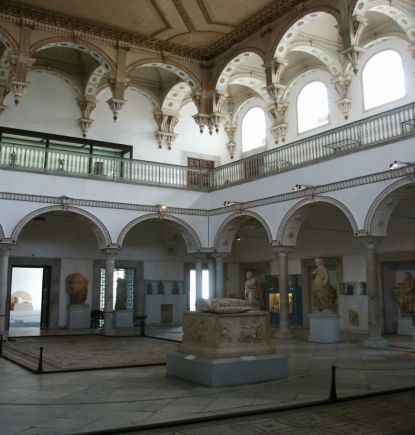 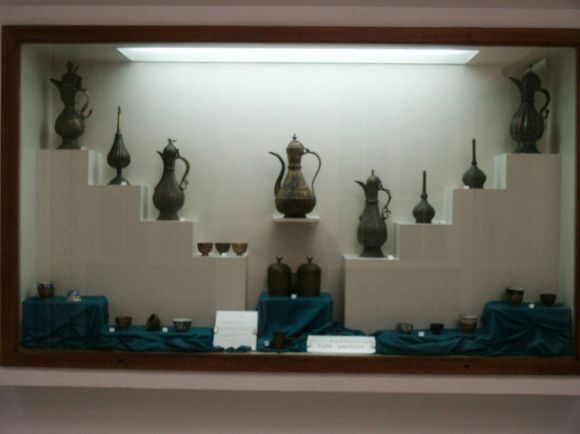 Founded on 7 May 1888, and considered one of the most important archaeological museums in the Maghreb, the Bardo National Museum is famous for its Roman mosaic panels. The museum resulted from the renovation of the palace of a bey (provincial governor) of the 19th century. It consists of a ground floor and two upper floors in which museum objects have been grouped in a chronological order that retraces the history of Tunisia.

The collection includes areas dedicated to:

– Prehistory: the development of stone tools, ornaments, engraved stones, and especially to the rock and animal bone sanctuary known as “Hermaion of El-Guettar” that dates back to BC 40,000.

– The Punic era, including ceramics, neo-Punic steles and jewellery, and pieces exhumed from several ancient sites in Tunisia.

– The Roman era. In addition to ceramics and jewellery, this section is known for its significant collection of mosaics.

– The Byzantine era. It contains sarcophagi, mosaics and terracottas whose designs display characteristics of African Christianity, and the large mosaic-covered Kelibia Baptistery.

– Mediterranean treasures recovered from a shipwreck found off the coast of Mahdia that also contained bronze artefacts and Athenian marbles.

– The Muslim period. One section, devoted to the Middle Ages, includes objects from the Sabra and Raqqada excavations: Fatimid glass, ivory and bronze figurines, ceramics with figurative designs, funeral steles, kufic inscriptions, parchment sheets from the Qur’an and Egyptian textiles. In the second section, popular arts and traditions are represented by weapons, musical instruments, copper objects, jewellery and ceremonial clothing from different regions of Tunisia.

Objects are grouped by type and material within each section. The mosaics are presented in wall panels or form part of the palace floor. Smaller objects are displayed in glass cases. Statues are exhibited on their stands or in wall niches. These collections, which comprise the museum’s permanent exhibition, are made accessible to the general public through educational and cultural activities that take place in the museum.

On 18 March 2015, the museum was the site of an attack by an Islamist terrorist group that killed 22 people, most of them tourists.