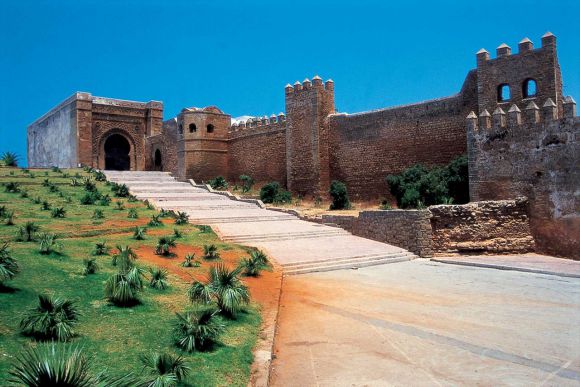 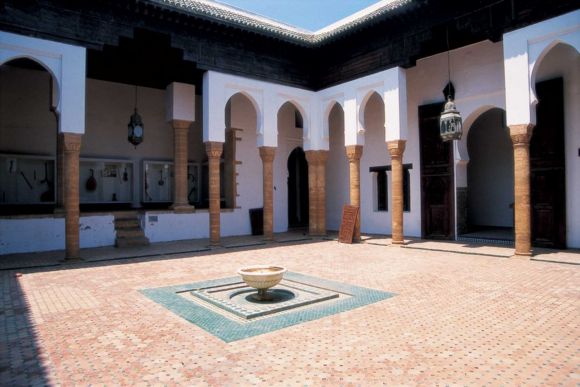 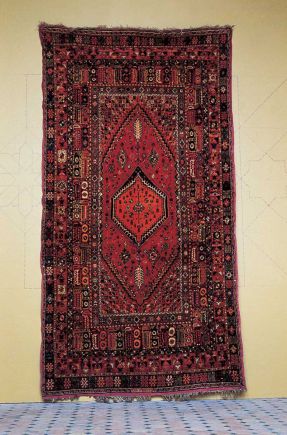 A landmark in the history of Morocco, the Oudayas Casbah was originally a fort built by the Almoravids (10th–12th centuries) on the cliff overlooking the Bouregreg estuary. In the 12th century, under the Almohads, Abdelmoumen renovated the fort into a royal residence and defensive post in support of the conquest of the Iberian Peninsula. In 1609, Philip II of Spain expelled nearly one million Moriscos – descendants of Muslims who at that time were living in Spain under Christian rule. Among these were 2,000 Arabic-speaking Muslims, the Hornacheros, who settled in the Oudayas Casbah and established an independent republic that engaged in piracy. The turbulent history of the Bouregreg estuary ended with the Alaouite Sidi Mohammed bin Abdellah (1757–89).

Throughout its history the Oudayas Casbah has been the site of major construction works, including Bab el-Kebir, the monumental Almohad gate; the rampart of the Alaouite sultan Moulay Rachid; and the princely residence of Moulay Ismaïl (1672–1727).

Built in the former pavilions of the sultan Moulay Ismaïl, the Oudayas Museum is an Andalusian-inspired architectural masterpiece. Initially comprising private collections (Libert: ceramics, brass and carved wood; Besancenot: silver jewels), it has been continuously enriched by new acquisitions. All currently displayed collections of manuscripts, coins, astrolabes, clothing, carpets, cabinetry, weapons, and so on, are from the Islamic period.

The first room features silver and gold-plated jewellery from the High Atlas, Middle Atlas, Anti-Atlas and the Sahara. Two loggias house blue or polychrome enamelled ceramics from the 19th and early 20th centuries. Clothing and ceremonial accessories of city-dwellers follow, and finally there is a collection of gold ornaments of high aesthetic and historical value.