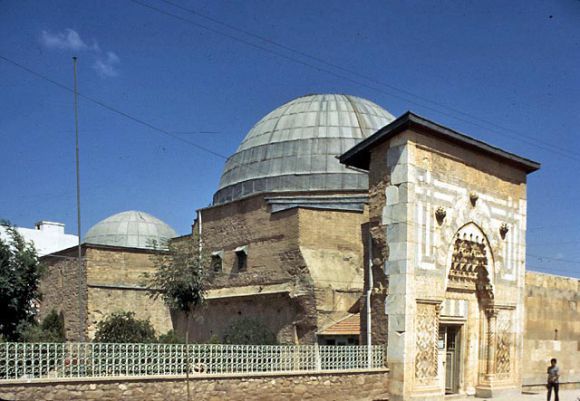 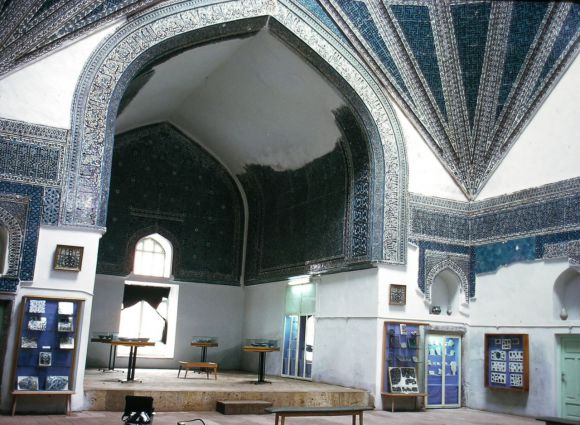 Karatay Madrasa was built in 1251 (649, H.) by Emir Celaleddin Karatay during the period of II. İzzettin Keykavus. Its architect is unknown. The madrasa, which was also used during the Ottoman era, was abandoned at the end of the 19th century. Karatay Madrasa, which holds an important place in the tile artefacts of the Anadolu Seljukid period, was opened to visitors in 1955 as the Tile Artefacts Museum.

The single-storied madrasa was built in the closed madrasa type in the Seljukid Era for hadith and tafsir education. Entering through the door, you arrive in a courtyard covered with a dome (now open), and from there you go through another door to the madrasa. The madrasa’s courtyard is covered by a dome with an opening to provide light and air, and is decorated with mosaic tiles. Short verses are written on the upper parts of the walls, on the dome pulley and on panels of cell doors.

Basmala and Ayat-el Kursi inscriptions are located in the arches of the main house, through a tunnel vault to the west of the building. Triangles – transitional architectural elements of the dome – include the names of the prophets Muhammad, Jesus, Moses and David, and the names of the four caliphs: Abu Bakr, Omar, Osman and Ali. The domed cell to the left of the iwan is the tomb of Celaleddin Karatay.

Most of the mosaic tiles that once covered the walls are gone. The colours of the remaining tiles are turquoise, dark blue and black.

The artefacts exhibited are from the Anatolian Seljukid and Ottoman periods. Tiles, plaster works, ceramic plates, candle holders and unglazed ceramics are exhibited in the chamber where the tomb of Celaleddin Karatay stands, and in the students’ cells to the south. The tiles from the Kubad-Abad Palace were made using lustre and underglaze techniques, and cross, semi-cross, eight-pointed star and square shapes.