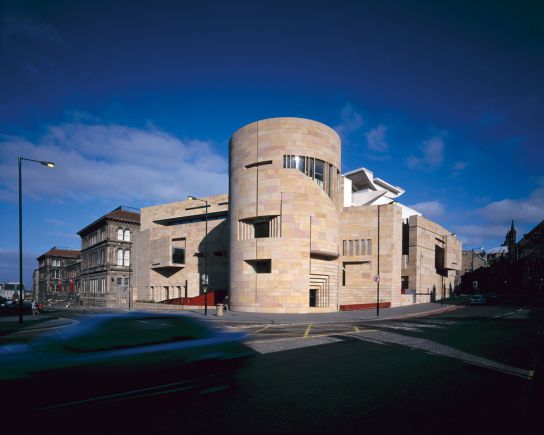 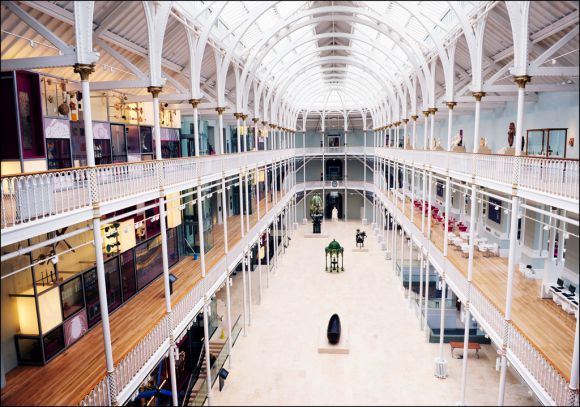 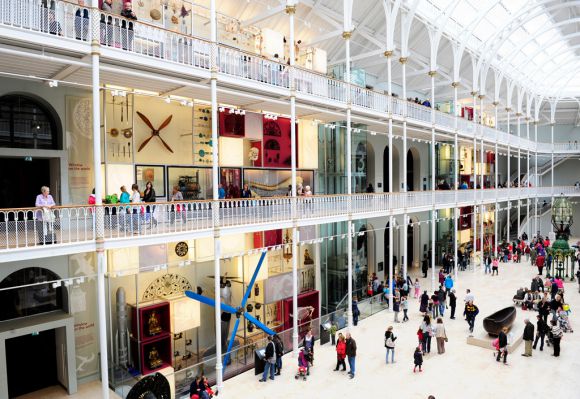 The collections from the Muslim world are housed largely in the Royal Museum. Begun in 1854 they are now perhaps the most comprehensive outside London with ca. 5,000 art-historical and ethnographic pieces of national or international importance, acquired through donation, bequest, purchase and fieldwork. The collections, which date from the 9th to the 20th centuries, comprise ceramics, tiles, glass, metalwork, arms and armour, musical instruments, paintings, lacquer, textiles, carpets, dress, jewellery and coins from North Africa, Egypt, the Arabian Peninsula, Syria, Turkey, Iran, Afghanistan and Central Asia.

The Iranian collections are particularly strong owing to Major General Sir Robert Murdoch Smith KCMG (1885–1900) who became Director of the museum in 1885 after a career with the Indo-European Telegraph Department in Persia. He collected a range of artefacts for the museum, dating between the 16th and 19th centuries. Turkey is also particularly well represented with, among others, an excellent collection of Iznik ceramics, an important group of early Ottoman garment fragments and a significant assemblage of 20th-century ethnographic material from central and southeastern Turkey.