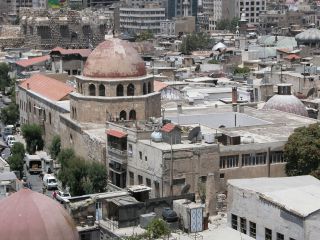 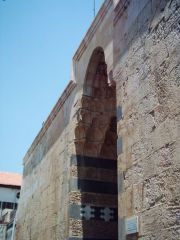 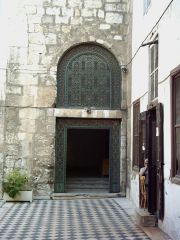 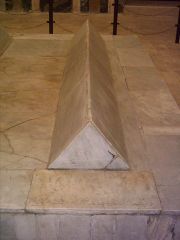 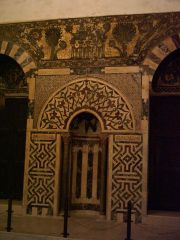 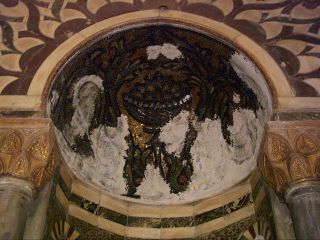 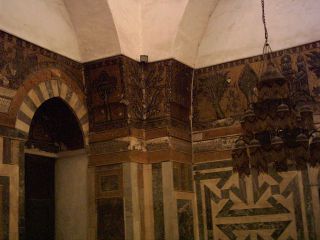 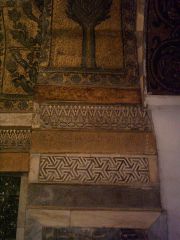 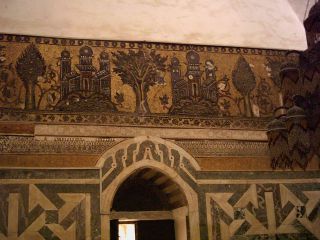 In the Old City, Damascus, Syria

Ibrahim ibn Ghana’im al-Muhandis who, a decade before, had built the Qasr al-Ablaq in Damascus for Sultan al-Zahir Baybars.

Sultan al-Sacid Baraka Khan, the son of the Mamluk Sultan al-Zahir Baybars, built a mausoleum (qubba) for his father north of the Umayyad Mosque and nearly face to face with the noteworthy Ayyubid monument, al-Madrasa al-‘Adiliyya. Although Baybars had expressed a wish to be buried in the village of Daraya near Damascus, his son chose the Umayyad Mosque vicinity where several former rulers were already buried, such as the Ayyubid ruler al-Kamil Muhammad (r. AH 635 / AD 1238), and his brother al-Ashraf Musa (r. AH 626 / AD 1229).
The qubba is attached to a madrasa which was added at a later time. The qubba has a square ground plan, each side measuring 13.52 m, surmounted by two octagonal tambours with a pair of pointed-arch windows on every side of the upper drum and similarly styled windows on alternating sides of the lower drum. The domed construction shows a clear reference to the building in front of which it was built: the Madrasa al-‘Adiliyya completed by the Ayyubid Sultan al-‘Adil Sayf al-Din (r. Damascus AH 592–615 / AD 1196–1218).
The upper part of the qubba's outer wall is decorated with a round window, surrounded by a shallow, carved interlace pattern and two four-lobed cartouches. This is a new detail in damascene architectural ornament deduced from late Ayyubid marble decorations in Aleppo (see for example the Madrasa al-Sultaniyya (AH 620 / AD 1223)) and it relates to the décor on the main gate of the Mosque of al-Zahir Baybars in Cairo (built AH 665–7 / AD 1267–9).
The entire outer-wall layer of the building is made of smooth and finely fitted limestone blocks. The 4.0-m wide portal niche includes three lines of inscription and is surmounted by a particularly rich muqarnas arch with a fluted mussel-shaped half-dome ceiling. Through the portal one enters the courtyard with the qubba entrance to the right. The lower section of the inner qubba walls are decorated with 3-m high inlaid marble panels, topped by a floral relief border with a vine (karma) frieze. Above the karma frieze, a 1.5-m high glass mosaic panel completes the wall decoration, showing a landscape with floral and architectural elements reminiscent of the Umayyad Mosque mosaics. By referring to the décor of the prestigious Umayyad Mosque, Baybars superseded earlier architectural heydays, not only in his political undertakings and monumental building commissions, but clearly also visible in his choice of decorative elements.
Although the mosaics and the marble panels of the interior are ascribed to AH 680 / AD 1281 according to the portal inscription, it is probable that these ruined adornments of Sultan Baybars were reproduced accurately by his son. Some scholars have also suggested the employment of the same architect for the sake of an accurate redecoration.
Similar glass mosaics and karma frieze decorations are found in the madrasa and qubba of Qalawun in Cairo, possibly indicating that Sultan al-Mansur Qalawun employed the same workshop as that used for the Madrasa Zahiriyya for his architectural projects in Cairo.

To honour his father, the highly esteemed warrior and first Mamluk Sultan al-Zahir Baybars, Sultan Sa‘id Baraka Khan erected a mausoleum next to the venerated Umayyad Mosque. The mausoleum is built as part of a madrasa and follows the common mausoleum layout, a square room with a red-painted dome on top of octagonal tambours. Internal decorations include marble panels, a carved vine frieze and glass mosaics, all of which show immediate inspiration from the Umayyad Mosque and show resemblance to the mausoleum of Qalawun, suggesting that this sultan employed the same workshop.

The building inscription contains the signature of the architect. A later inscription, added by Sultan Qalawun, refers to the founder Baraka Khan's funeral in 680 (1281), and is certainly related to a later decorative phase and completion of the whole complex. 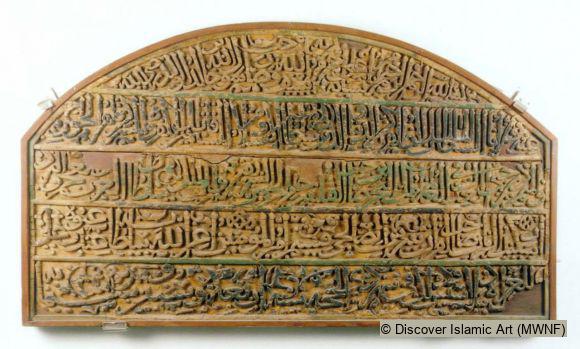 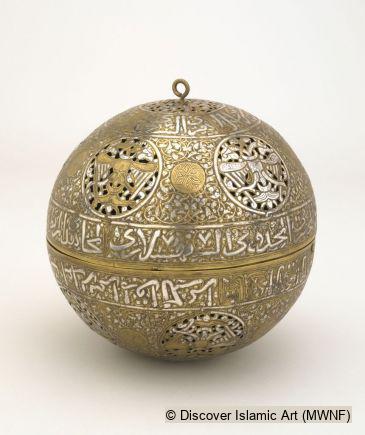 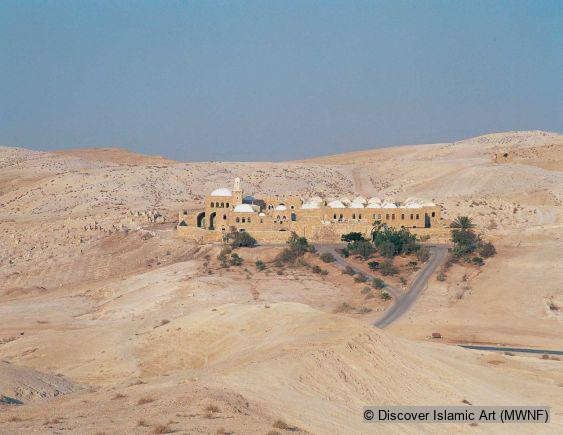 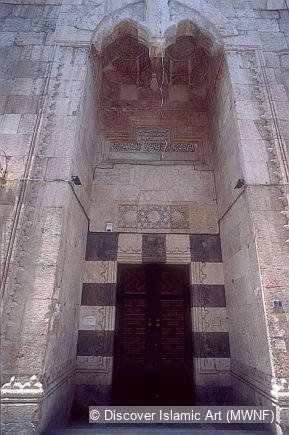 Al-Franj: the Crusaders in the Levant | Two Mamluk Sultans against the Franks The Mamluks | The Sultan and his Court