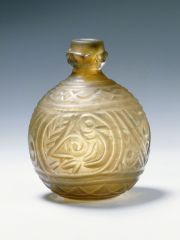 A spherical bottle made of thick, grey-yellow glass with a short opening. Its body is completely covered with decoration that has been cut and deeply engraved into its surface. The decoration consists of a main frieze in which medallions with peacocks and with plant-motifs alternate. Minor side friezes adorn the body. The bottle’s stopper, with which its short opening would have been closed, appears to be missing.
The bottle’s carefully incised patterns, along with the stylisation of the peacocks and of the ornamentation, find a parallel in the exceptional rock-crystal receptacles that were made in Egypt during the Fatimid era, and which were brought over to Europe after the dissolution of Fatimid treasures. It is therefore possible that this spherical bottle was made by a workshop in Egypt that possessed the knowledge of how to work with, and decorate, rock-crystal. The bottle’s quality suggests that the person who commissioned its making was a member of the court. Its form is similar to that of spherical ceramic vessels known as a ‘sphero-conical vessels’. There is no available information regarding its past use, but, given its workmanship, it must have contained something equally precious.

This unique bottle of thick glass is adorned with a deeply cut frieze in which triangles with ornamental patterns alternate with birds in medallions. Fatimid Egypt was famous for its glass and especially rock-crystal vessels, which were highly esteemed in Europe where many survived in treasuries.

Dating the object with accuracy is very difficult as few close parallels exist. Only a general date can be offered to place it within the Fatimid period.

Stylistic comparison to polished glasswork from the excavations in Fustat, Cairo’s old town, as well as the particular colouring of the glass, suggest that the object probably came from Egypt. Only new research or new findings will add further information. 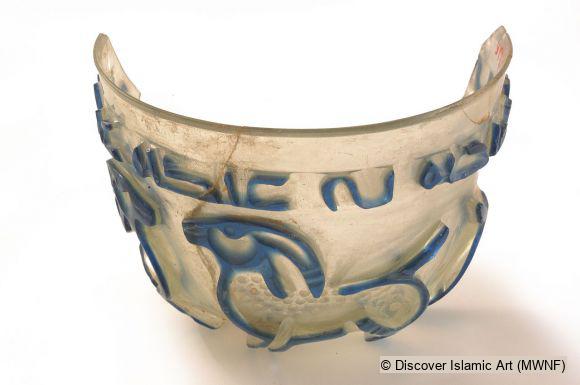 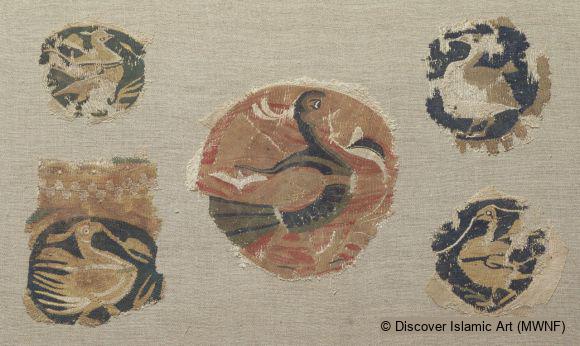 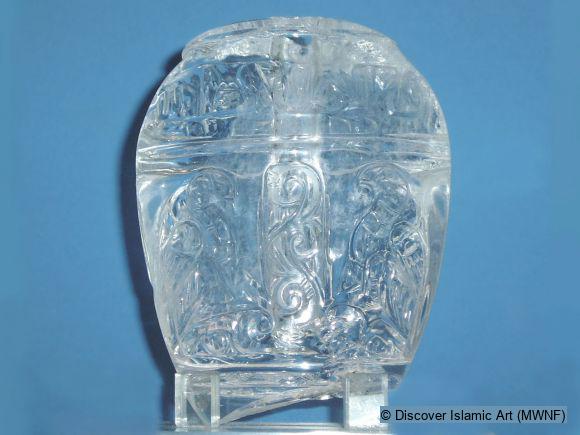 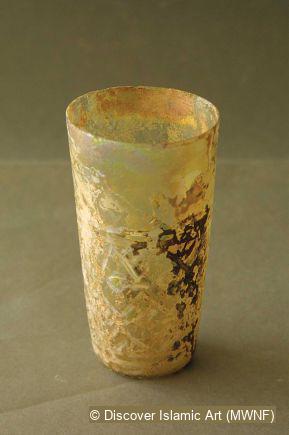 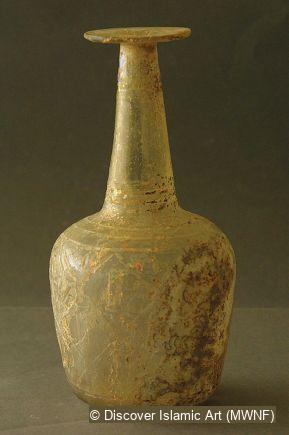 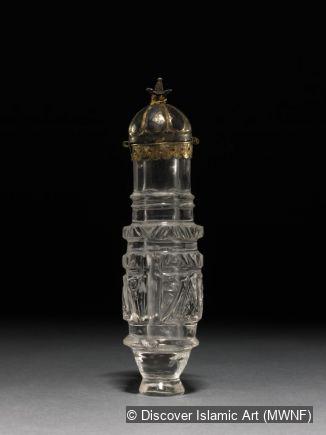 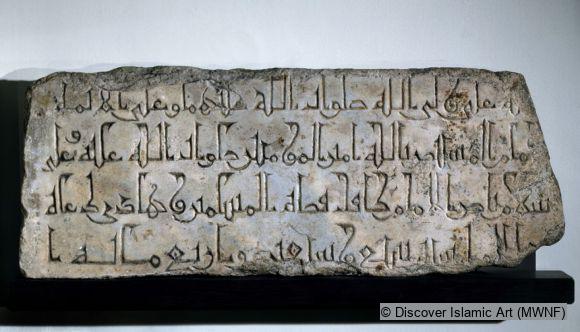 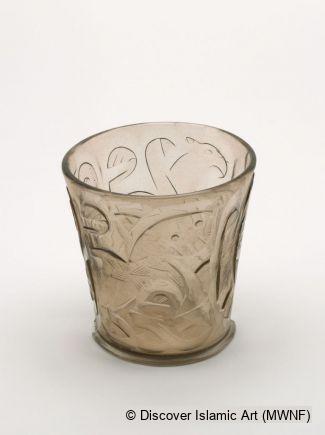 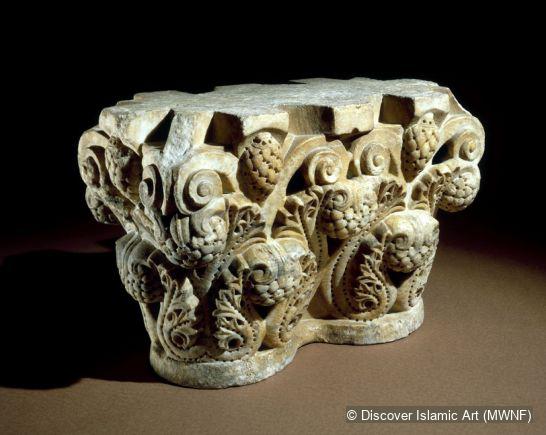 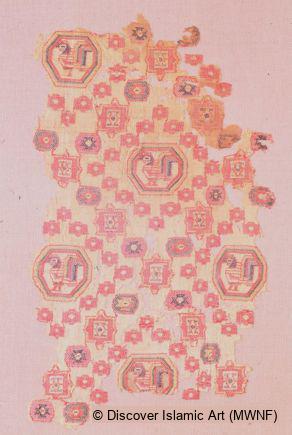