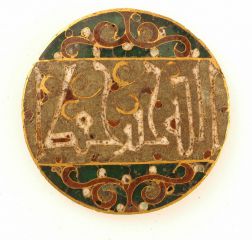 Archaeological excavations in the Egyptian City of Fustat have furnished us with some pieces of jewellery such as bracelets, rings, earrings and pendants of gold and silver. A number of techniques in jewellery-making and ornamentation were widespread in Egypt during the Fatimid period. Some of the most important techniques were carving, piercing and enamel inlay. The piece illustrated here is a good example of decorative enamel inlay.
Generally, decorative enamelling was done in one of two ways: one way – called lobed enamel – involves pouring the enamel into small metallic lobes, closely resembling moulds. After firing the lobes in a kiln, they are then mounted in specific places in accordance with the design on to the gold surface of the piece of jewellery. The other way involves making deep-grooved decorative carvings of the desired design on the surface of the piece; enamel is then poured into the grooves and the piece is then fired in a kiln. The former method is a quicker and faster way than the latter. The piece illustrated here is an exquisite example of lobed enamel jewellery – the first method of decoration with enamel.
This is a circular pendant whose form assumes a concave surface. Its decorative layout is arranged along three horizontal sections. The central section, which is the broadest, is filled with an inscription in kufic script set in white, decorated in red, and placed against a background of ash-green. The text reads: “… God is best to take care [of him]” and is part of verse (ayah) 64 of the Chapter of Joseph (Yusuf; no. 12). The sections above and below the inscription are decorated with a vegetal branch, each of which is depicted in red, and set against a green background.

Women used all kinds and shapes of jewellery, such as bracelets, rings, earrings, brooches and pendants. Techniques in ornamentation included engraving, incising, piercing and enamel inlay. This piece is good example of decorative enamel inlay.

The pendant is dated by means of studying the kufic script used in the decoration. Dating was also greatly assisted by a comparative study of the pendant's craftsmanship that, together with some objects made of stucco, have been uncovered in archaeological excavations in the Egyptian City of Fustat, and which are attributed to the same period.

The object was discovered during the course of archaeological excavations that took place in Fustat in 1916.

A study of the pendant's craftsmanship with reference to stucco objects also uncovered in archaeological excavations in Fustat suggests that the pendant may have been produced there. 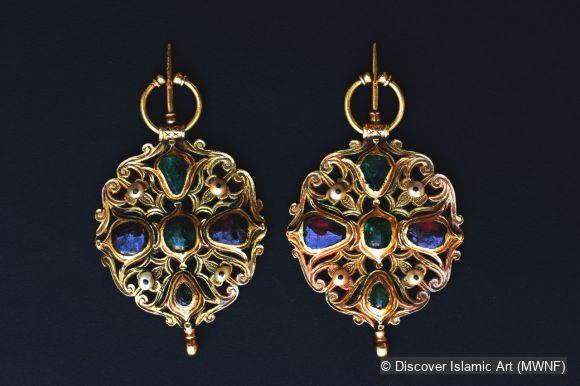 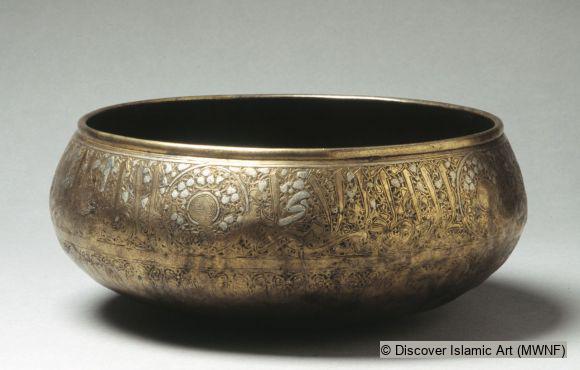 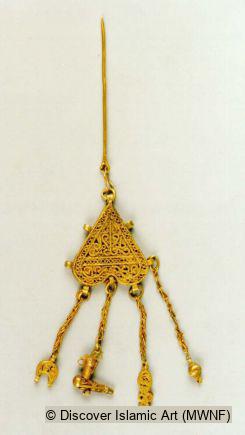 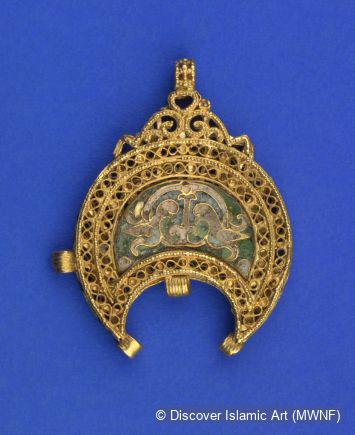