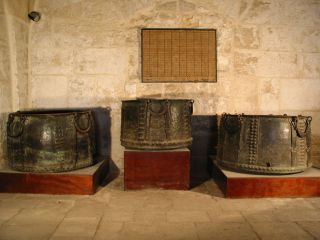 A cauldron (a huge cooking pot) from the Complex of Khassaki Sultan, also known as a charitable institution or takiyya (asylum) for the needy. The building, completed in AH 964 / AD 1557, is located in Jerusalem. As a patroness of charitable institutions, Khassaki Sultan undertook the construction of this complex, and endowed it with a waqf. This establishment is considered to be one of the largest social institutions to survive from Ottoman Jerusalem. In its day, it offered meals, daily, to the poor of the city, students, scholars and others who were among those who were entitled to food in accordance with the requirements of the waqf. The number of people who benefited from this institution on a daily basis exceeded 1000, thus requiring the availability of large spaces to prepare huge quantities of food in enormous cooking utensils. Despite the changing administrative and political circumstances in Palestine during the past few centuries, this institution still occupies a minor social role today.
The Islamic Museum acquired three cauldrons from the complex of Khassaki Sultan. The cauldron exhibited here was produced using tin-plated copper, constructed by means of coiled copper which forms part of the body of the cauldron. The coil is then fixed together with solid copper nails, as hammering was not used on these large pots as it was with smaller cooking vessels. The cavity of the cauldron has been fixed to the base by a series of nails that surround the junction of the base with the body. The vessel has four large carrying handles. The body is supported by a group of copper stays that sometimes form extensions to the handles and are fastened to the cauldron with nails, or that are simply located between two of the handles. It seems that the cauldron was coiled only in the middle of its cavity, for its hollow has been tin-plated and secured with copper nails in the same manner as was used to fix the base. The cauldron contains an inscription that appears to have been added at a later period, it reads: “The waqf of the late mother of the sultan who had built edifices in Jerusalem under the charge of Hajji Khalil Aga … designated formerly 1235 [AD 1819]”. There is another date next to this that reads, “1161 [AD 1748]”.

This is a large cooking utensil made of copper that was used to prepare meals in the Khassaki Sultan charitable institution established in Jerusalem by the wife of Sultan Sulayman the Magnificent. The great size of this cauldron reflects the amount of food that was prepared on a daily basis.

The piece has been dated in accordance with the date of construction of the Complex of Khassaki Sultan, since it was probably made to be used there.

The piece was transferred from the Complex of Khassaki Sultan to the Islamic Museum in 1928.

The cauldron does not contain any distinguishing marks that enable us to narrow down the place of its manufacture. However, the manufacture of vessels such as this was, and still is, undertaken in Palestine and Syria so it is possible that this piece was made in one of these two places. 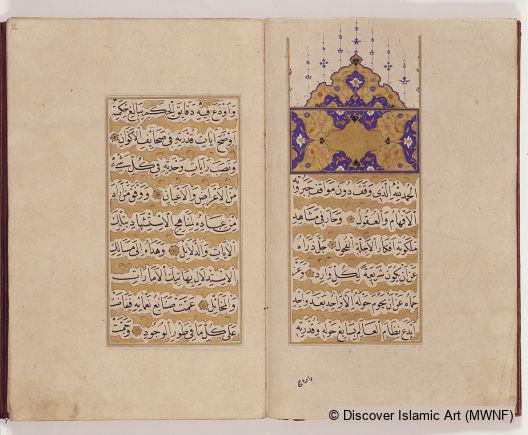 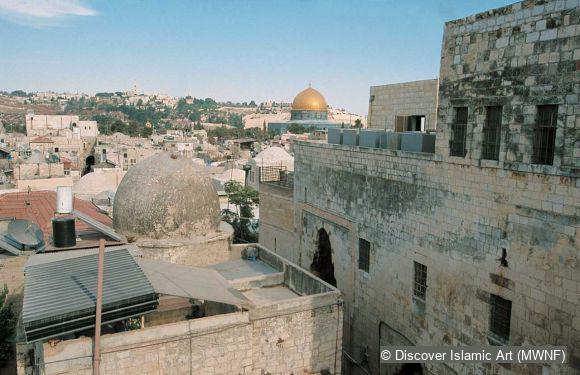 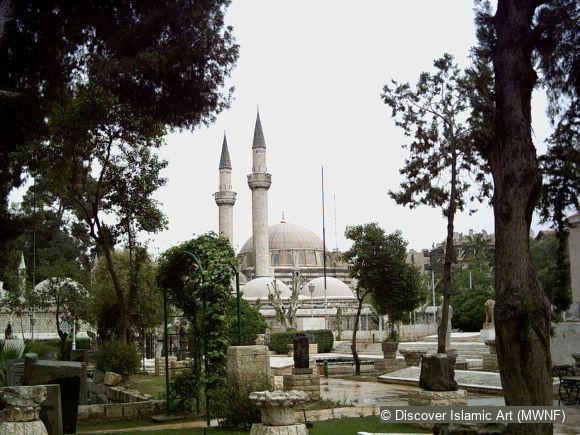 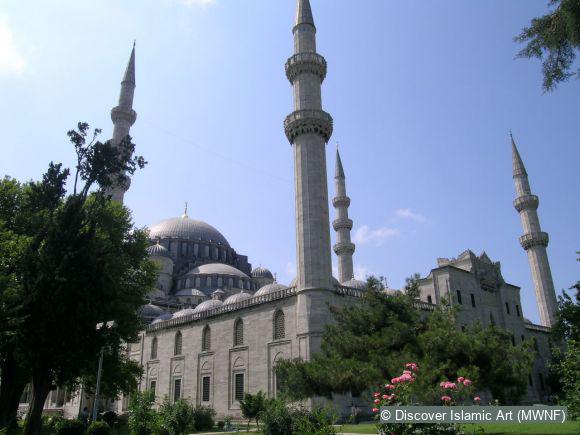