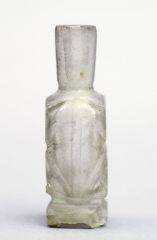 The rectangular flask of translucent colourless glass consists of three sections – neck, body and base. The slightly flared, six-sided neck is faceted and has a rimless opening. The decoration of the body is composed of plain geometric shapes. The shoulder is angular with a V-shaped element at each corner. Triangles of different sizes, incised with large linear cuts, divide the four sides forming a complex aesthetic design. A deep horizontal groove separates the body from the flat base with its four short pyramidal feet.
Because of their shape, these small solid flasks, distinguished by a platform-like base and four short feet, constitute a discrete group. However, their decoration is of such great variety that it is difficult to find similar examples.
These flasks were articles for everyday use and intended to contain perfume, extracts or powders. The great number of surviving flasks is evidence of the extensive use of glass during this time.

Small rectangular flask of translucent colourless glass with a six-sided neck, a body and a base with four short pyramidal feet. Plain geometric shapes form the decoration of the body. Articles of every day use, these flasks were probably used to contain perfumes or other essences.

In the relevant literature, the generally accepted dating of this type of flask is the 3rd–4th / 9th–10th centuries.

Purchased in 1932 by the National Museum of Fine Arts, Stockholm, as a part of the so-called Hannibal collection from the Russian art dealer Hannibal, in Tehran, on behalf of the Swedish art historian Carl Johan Lamm (1902–82). The collection consists in total of around 750 items of Egyptian and Persian glass.

Acquired by the Russian art dealer Hannibal in Egypt. 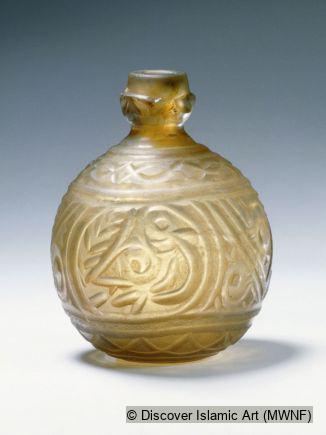 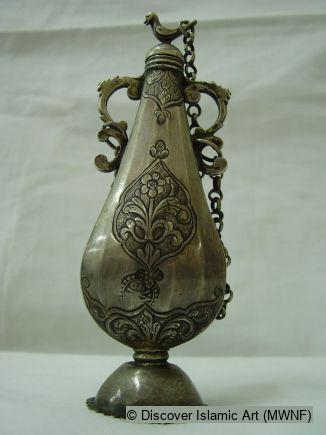 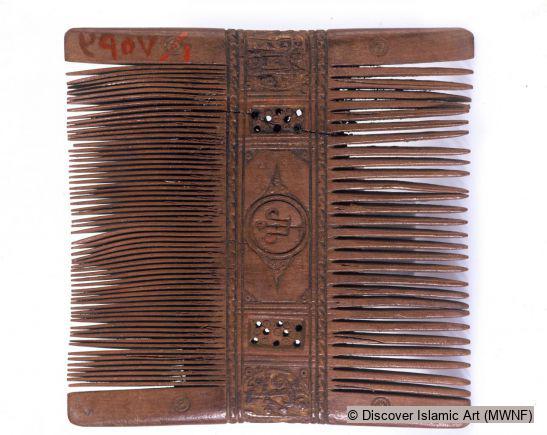 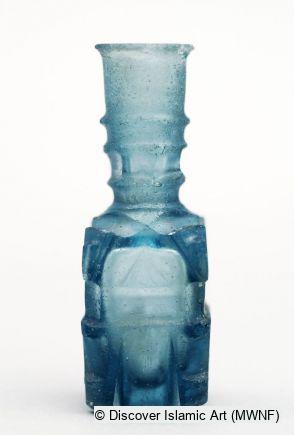 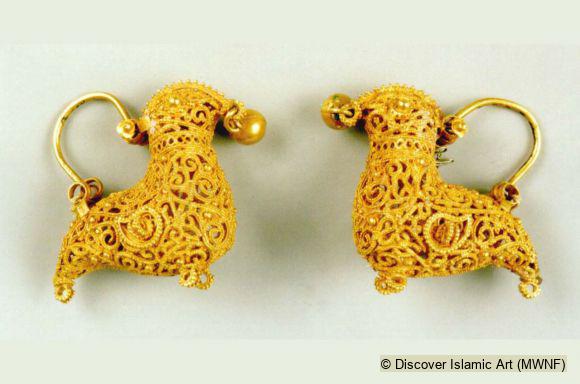