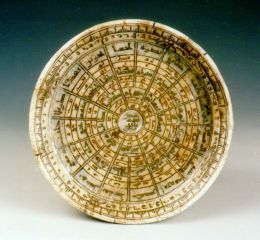 Earthenware with black and blue paint on a white base, and a transparent glaze.

Muslims must face the qibla, the direction of the Ka'ba in the city of Mecca, while praying. They therefore often need instruments to help pinpoint the direction of the Ka'ba. This plate is one such instrument. Its base is a round and flat area that has a circle of semi-vertical columns on it. Recorded around the centre of the circle is the name of the craftsperson and the place in which it was made (“made by Sayyid Thabit in Damascus”). Emanating from the centre towards the rim are tables in the form of a sequence of rings. These rings contain the names of a number of cities in three bands (Damascus, Baghdad, Constantinople, Jerusalem, Tehran, Kabul …), in addition to alphabets corresponding to numbers that indicate degrees of angles. The inner circumference of the plate's rim is marked by units, each of which is equivalent to five degrees and also the four cardinal directions (east, west, north, south), which are set in half circles.
The exterior surface of the rim contains a two-line explanation in Arabic on how to use the instrument. In between these two lines are four medallions in which it is indicated that the plate was made by order of Sultan Salim I "the triumphant champion of justice and supreme ruler [khaqan] who is the son of the supreme ruler, king of the two lands and the two seas, and servant of the two sanctuaries, may God immortalise his rule". All this information is registered in black kufic script on a white background, and is covered with a transparent glaze.

The scientific diagram inscribed on this ceramic dish served an important function. A schematic arrangement of city names and trigonometric data help the user to establish the orientation of the Ka'ba in Mecca and thus the direction of prayer. It was especially useful when travelling.

The inscription on the plate indicates that it was made in Damascus. 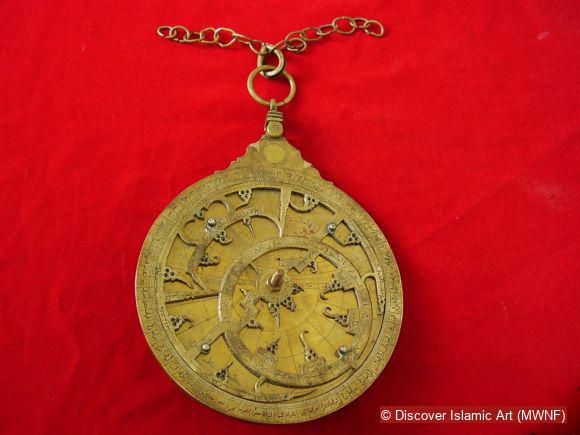 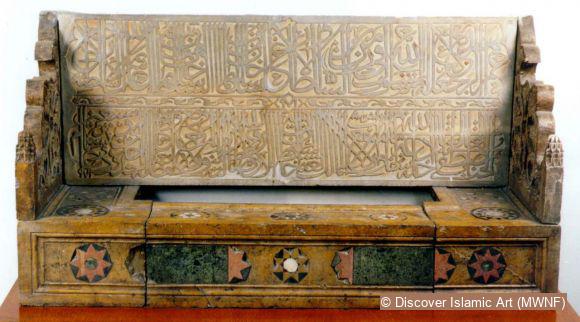 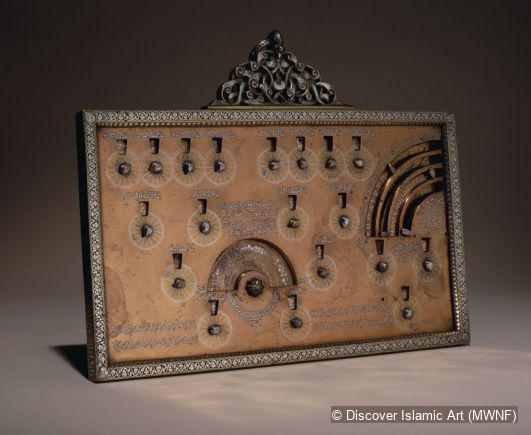