A lintel that belonged to the entrance of the khan found in the region of the Qasr al-Hayr al-Gharbi complex, which included a market (suq), a bathhouse (hammam), a garden, a dam, a storage area and, most importantly a palace (qasr). The lintel is not extensively ornamented, but it is important inasmuch as scholars have used it to approximate the date the palace was constructed. The inscriptions specify that Caliph Hisham bin Abd al-Malik was patron of the khan; Thabit bin Abi Thabit was supervisor during its construction; and the month of Rajab in the year AH 109 / AD 727 was when the khan was completed.
This inscription represents a continuation and adaptation of a long-used tradition in the region – that of monumental inscriptions – into an Arabic-language context. The text is written in kufic script, an early calligraphic style often used in inscriptions from this period. The technique used to inscribe the marble lintel is, however, unusual as it is done by piercing and drilling holes.
The Arabic text may be translated as follows: “In the name of God, the Merciful the Compassionate. There is no God except the One and Only God he by himself who has no partner. The making of this work was ordered by the servant of Allah Hisham, Commander of the Faithful, may God ensure his reward. [This work was] carried out by the hand of Thabit bin Abi Thabit in Rajab of the year 109 [21st October 727].

This door lintel displays important inscriptions that helped to establish the dating of the completion of the urban architectural structure constructed by the Umayyad Caliph Hisham bin 'Abd al-Malik in the year AH 109 / AD 727.

The object is inscribed with the date the khan was completed.

The lintel was obtained as a result of the 1936 French archaeological expedition directed by Daniel Schlumberger, which was carried out at Qasr al-Hayr al-Gharbi. This large lintel, which once topped the entrance of the khan, was transferred to the National Museum of Damascus in the 1940s.

The object was found at and was probably carved in situ at Qasr al-Hayr al-Gharbi. 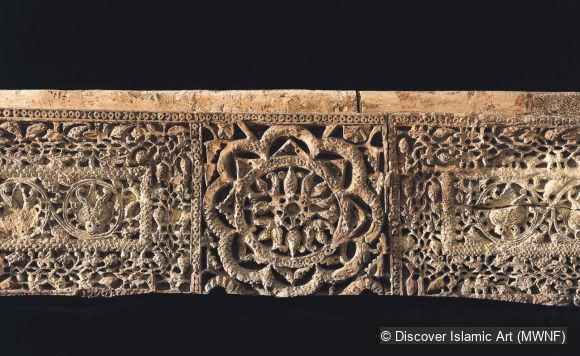 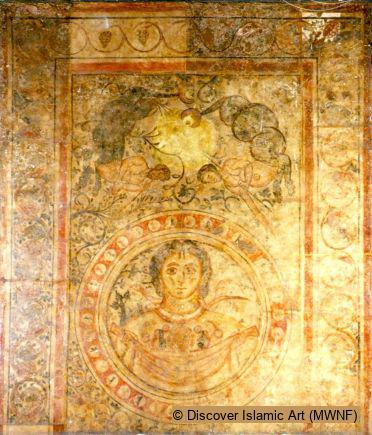 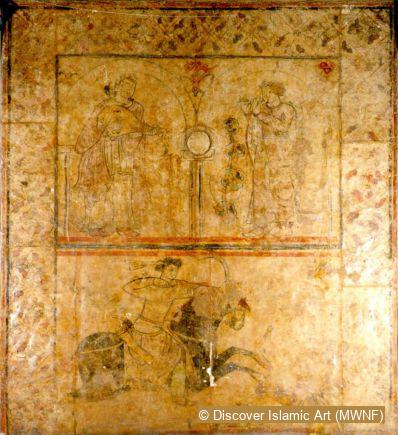 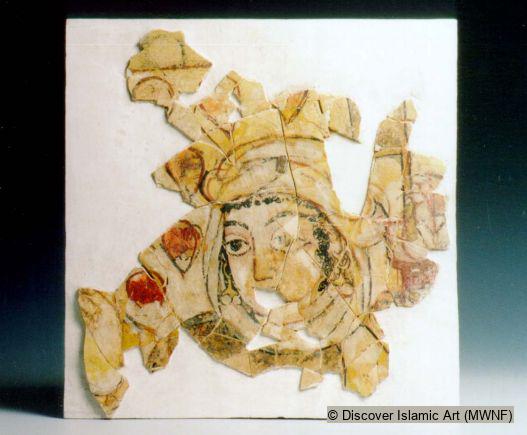 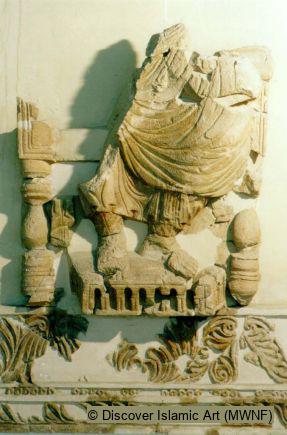 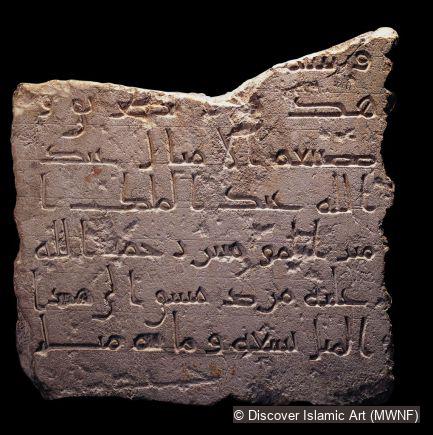 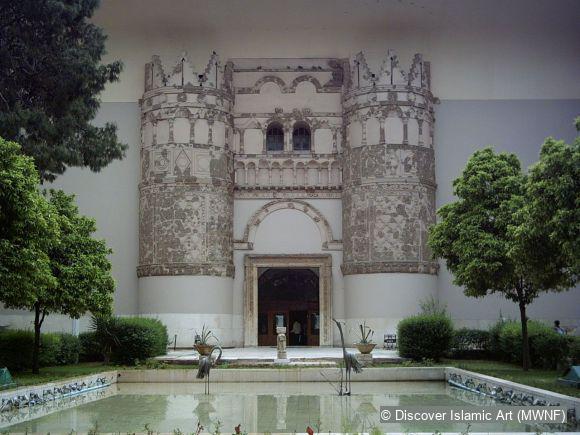