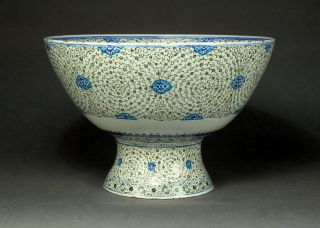 A large bowl on a high foot. The decoration, painted in cobalt and turquoise under the glaze, consists of long, continuous stems which coil into tight spiral roundels. This is a decorative style which flourished in Ottoman ceramics between about the 1520s and the 1550s. It is often called the 'Golden Horn' style in reference to the area in Istanbul where such wares were once thought – probably erroneously – to have been made. Another name, less frequently used, is the 'tuğrakeş spiral' style. This term was devised to emphasize the apparent connection between this style of decoration and that found in products of the Ottoman imperial chancery, whose expert illuminator, the tuğrakeş, was entrusted with decorating the sultan's imperial monogram or tughra. The extraordinary size of this bowl, as well as the skill with which it is decorated, suggests production for the highest levels of the Ottoman hierarchy, although direct evidence for this is lacking.

A very large footed bowl on a high foot, decorated with the tightly coiled spirals sometimes called the ‘Golden Horn’ style. The size and quality of this bowl suggests that it was made for a high-ranking Ottoman official, possibly for washing the feet during ablutions.

Stylistic comparison with other, similarly decorated wares and with the illumination of imperial monograms in the period mentioned in the description.

Iznik was the centre of quality ceramic production in this period. 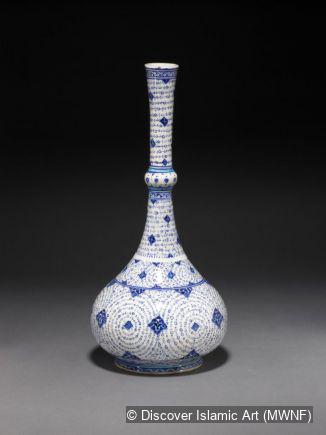 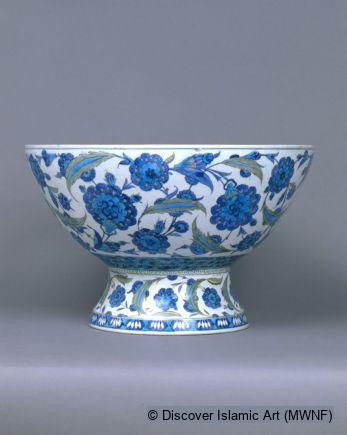 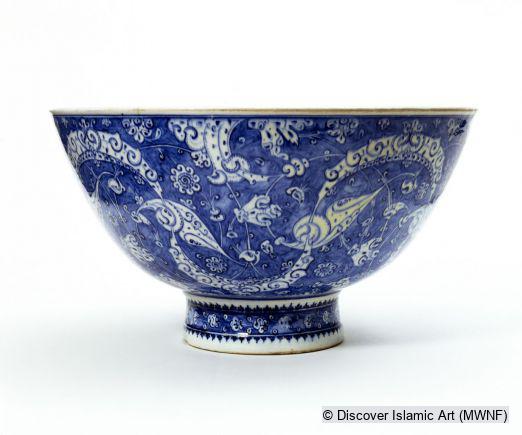