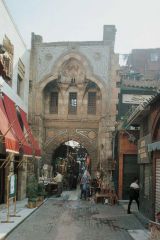 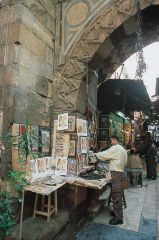 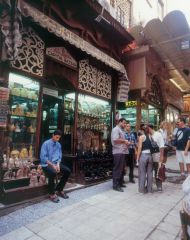 Khan al-Khalili is located close to al-Husayn Mosque in the Husayn Quarter. The site of the khan was originally the burial place of the Fatimid caliphs known as the Za’afran Tomb, which was once part of the Great Fatimid Eastern Palace (built AH 358 / AD 968), Cairo, Egypt

Khan al-Khalili is a world-renowned market and tourist landmark to which most visitors flock in order to buy products and gifts of the East. It also contains the largest gold and silver market in Egypt. In AH 786 / AD 1384, during the reign of al-Malik al-Zahir Barquq who ruled twice (AH 784–91 / AD 1382–9 and 792–801 / AD 1389–98), Amir Jaharqas al-Khalili set up an inn (khan) on the site of the Za'afran tomb. In AH 917 / AD 1511 Sultan Qansuh al-Ghuri destroyed Khan al-Khalili and constructed rubu' (small hotels) in its place, as well as warehouses and shops, which are known today by the name of Wikalat al-Kotn (Cotton Caravanserai). There were three principal entrances to the khan but little remains of these today except for one gate: Bab al-Ghuri, also known as Bab al-Badistan (Badistan being Turkish for cotton or linen), which is located at the west end of the road leading from al-Husayni Shrine to the interior of Khan al-Khalili.
Bab Al-Badistan resembles the portals leading into Mamluk mosques and madrasas, especially those that were erected during the period of Sultan al-Ghuri, a good example of which is the entrance to the Mosque of al-Ghuri (built AH 909 / AD 1504). This entrance consists of an arch that contains beautiful geometric decoration carved into the stone. The spandrel of the arch is decorated with geometric designs of white and black marble, in the middle of which is the blazon of the sponsor. The entrance of the portal is surmounted by an epigraphic inscription that includes the name of the sponsor and his titles. A tri-lobed arch decorated with muqarnas, which contains beautiful vegetal motifs, crowns the portal. There are three mashrabiyya screens in the windows, mid-way between the arched opening of the gate and the tri-lobed arch.
The khan region was neglected during the Ottoman period, but began to flourish again in the period of Muhammad Ali Pasha (r. 1220–64 / AD 1805–48).
It is known that many late 19th- and early 20th-century personalities of the Egyptian Revival (nahda) were amongst those who frequented the coffee houses in the region of Khan al-Khalili, when they were still students. The prominent Egyptian political leader, Sa'ad Zaghloul (1860–1927), expressed how areas such as that around Khan al-Khalili endeared themselves to him during his student days at al-Azhar. Many other prominent personalities of literature, arts and music also frequented the coffee houses in the region of Khan al-Khalili to discuss and exchange ideas and works in an atmosphere that emanated the essence of Egyptian, indeed world, history.

A world-famous name in the heart of Fatimid Cairo, this is one of the oldest markets in Egypt. It is a tourist attraction and a meeting place to buy souvenirs and antiques. This historical area, with its narrow streets, alleys and old buildings, allows the visitor to enjoy the feel and smell the aroma of history, while watching craftsmen at work on their traditional products.

The monument was dated with the help of historical sources such as Bada'i al-Zuhur by Ibn Iyas; the presence of both the name and titles of the sponsor is seen on the blazon at the entrance. 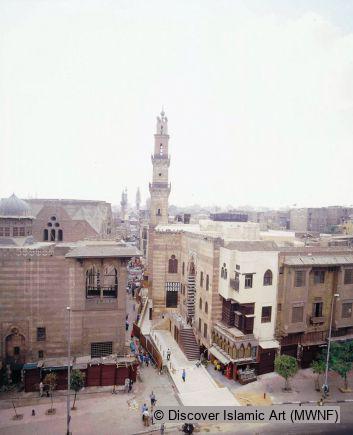 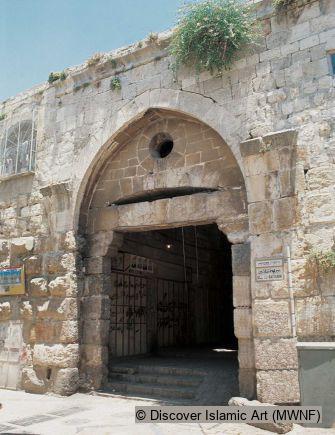 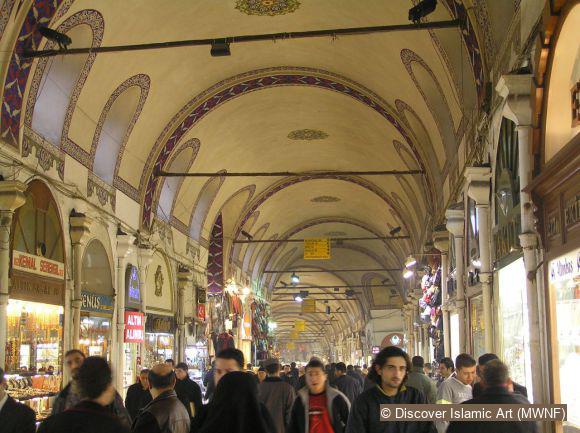