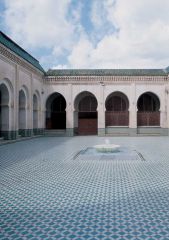 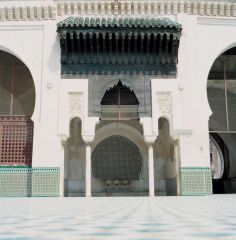 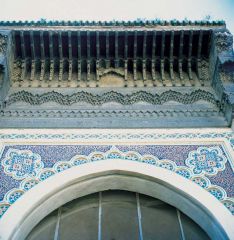 In AH 202 / AD 818, fleeing the reprisals that followed the riots of Córdoba, hundreds of respected families left al-Andalus and took refuge in Morocco. Having settled on the right bank of the Wadi Fez, these new inhabitants would soon participate in the construction of a huge mosque that would bear their name.
The original building was a modest one. In the AH 4th / AD 10th century, the geographer al-Bakri described a mosque 'made up of seven rows of benches and a small courtyard planted with walnut and other trees that has an abundant supply of water from a canal known as the Wadi Masmuda'.
Since its foundation in AH 245 / AD 859, the mosque has undergone a long succession of restorations and extensions. In the AH 4th / AD 10th century, the Umayyads of Córdoba added the minaret, which has survived to the present day. Constructed on a square base and of modest height, it is identical to its contemporary at the Qarawiyyin.
Later, 'Ubayd Allah, the Fatimid governor of Fez, transferred the Friday khutba (sermon) from al-'Achyakh mosque, the first mosque built that side of the Wadi, to the Andalusian mosque.
With the arrival of the Almohads, Caliph Muhammad al-Nasir (r. AH 595–610 / AD 1199–1213), who had a particular interest in the Fez Medina, had the 14-step monumental gateway that dominates the north façade built. Crowned with two domes, one in sculpted plaster and the other in cedarwood, this gateway is decorated with harmonious compositions in faience and wood, probably restored under the 'Alawids. The Muslim historian and great promoter of the arts Georges Marçais considered this to be one of the most impressive monuments of North African art.
Al-Nasir also provided the mosque with a pool (which was fed by the Wadi Masmuda), a fountain and an ablutions pavilion similar to one at the Qarawiyyin Mosque in Fez. On the first floor, above the women's prayer room, a two-room apartment was built for the imam.
Finally, the Marinids were responsible for the restoration of some of the ceilings and pillars, as well as the fountain situated on in north façade of the building.
All of this work would make the Andalusian mosque the second largest religious building in the town. It provided seven teaching positions and two libraries.

Founded by Maryam, the sister of Fatima al-Fihriya, founder of the Qarawiyyin Mosque, the Andalusian Mosque, which stands in the quarter of the same name, has witnessed all of the revolts that have taken place in Fez. The modest original building was extended first in the AH 4th / AD 10th century by the Cordoban Umayyads and later by the Marinids. With a minaret identical to the one belonging to the Qarawiyyin, a monumental gateway and two cupolas, the mosque could accommodate up to 4,200 worshipers. Serving as a cultural centre for the town, it is flanked by two madrasas and has seven teaching chairs and two libraries. 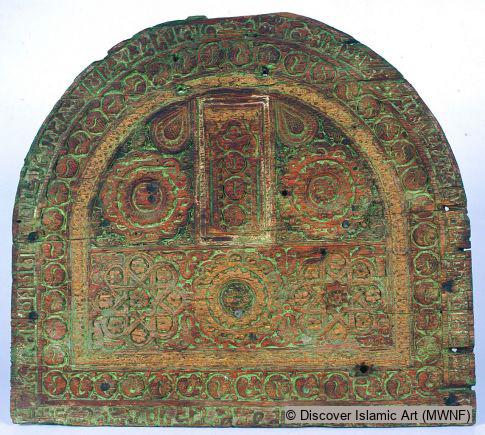 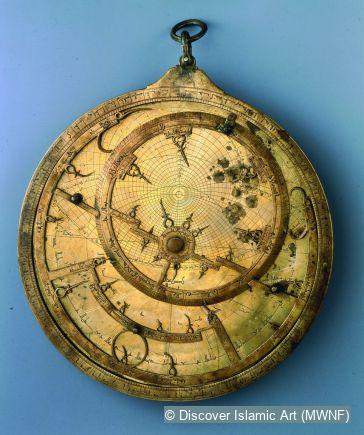 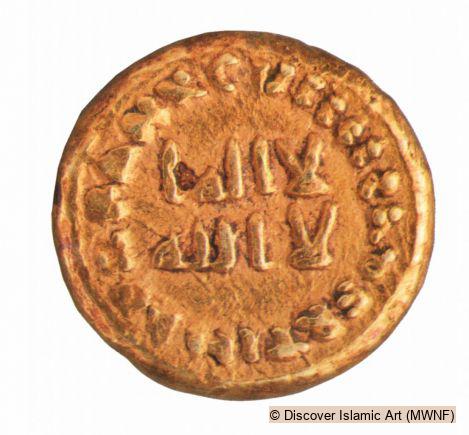 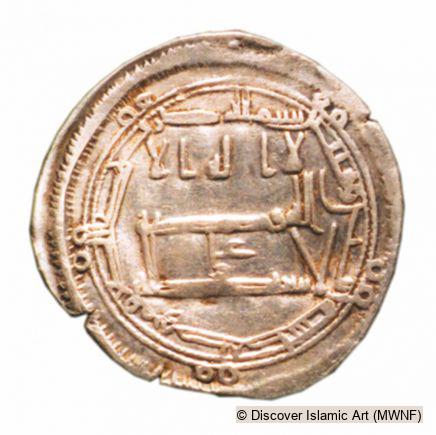 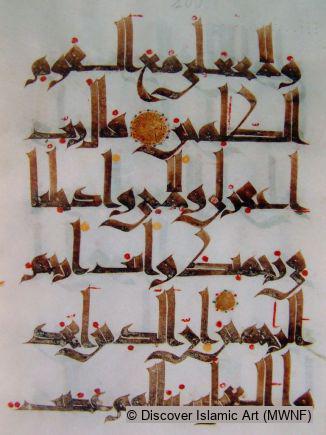 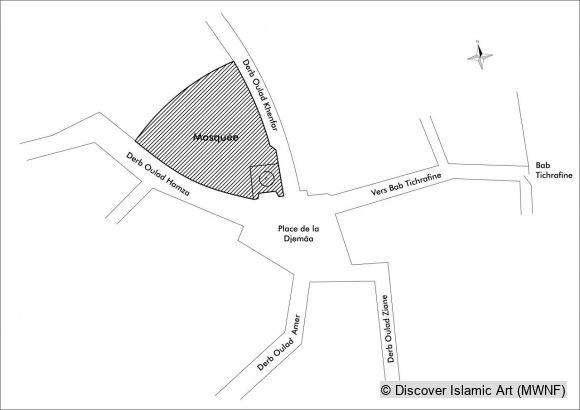 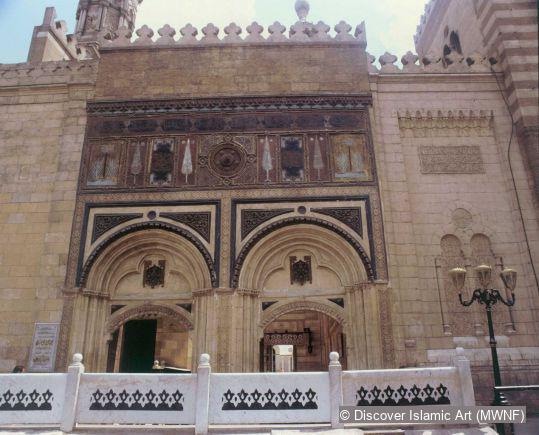 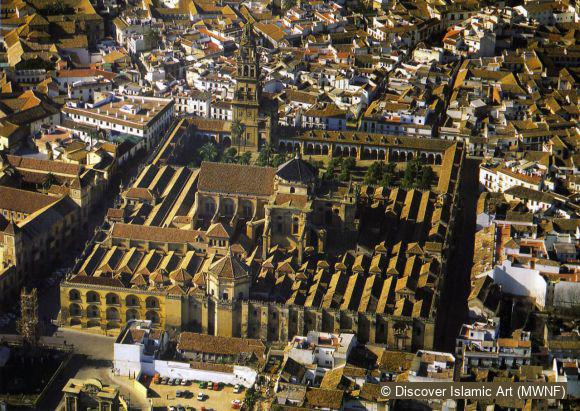 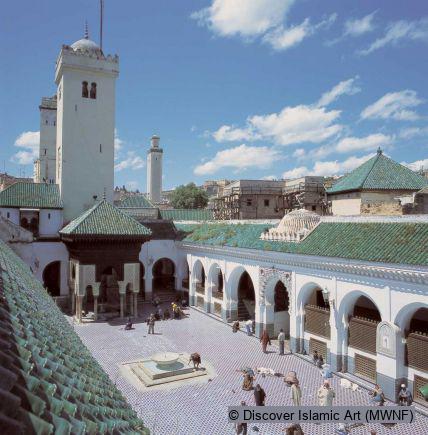 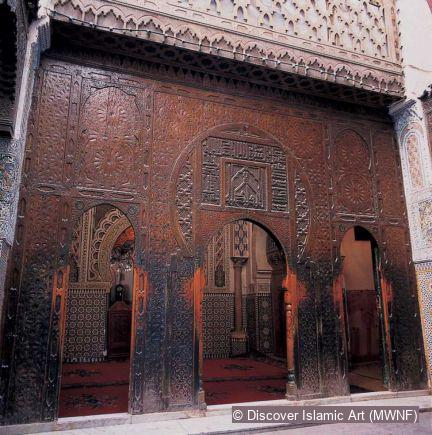