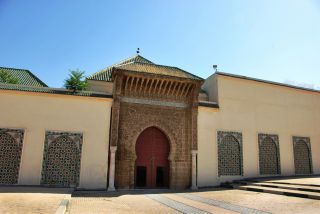 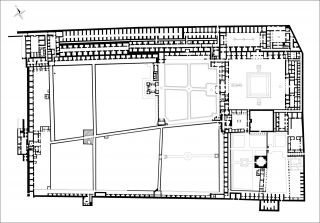 Writers of the time are unanimous in their affirmation that the soverign Mulay Isma‘il was the architect of his own imperial town. He would have personally directed and overseen the works each time he was in Meknès, never hesitating to join in with the work himself. This was reported by the Englishman John Windus, who visited Meknès in 1721: ‘The Emperor is wonderfully addicted to building’.

In his capital Meknès, where he had been governor before ascending to the throne, Sultan Mulay Isma'il had a number of huge monuments built, including several interlinked palaces surrounded by a ramparts and gardens.
Also known as the Kasbah, this palatial complex is made up of the Dar Kebira, Dar al-Mansur, Dar al-Madrasa and Dar al-Mehencha palaces.
Two enclosures were built around these palaces, the inner enclosure, simple and without crenellations or bastions, and the outer enclosure standing between 9 m and 12 m in height and including several gateways, a wall walk and bastions.
The palaces were linked to one another using traditional bent open-air corridors, with occasional pierced domed ceilings.
The Dar Kebira, built between AH 1083 and 1091 (AD 1672–80) is made up of several wings intended to provide luxurious accommodation for the royal family and the Sultan's close relatives: courtyards, patios, reception rooms, hammams (baths), kitchens, granaries, ovens and stores.
The Mansur palace, now in ruins, consisted of a pool, an oratory and a mosque.
The other two palaces, Dar al-Madrasa and Dar al-Mehencha were the principal residences of Mulay Isma'il. They were accessed through an impressive corridor, the assarag (Berber word meaning esplanade or corridor) formed by two tall walls separating the two palaces from the Sidi Amar district.
Six stables providing accommodation for 1,200 horses and mules completed the Mansur palace along with its arsenals.
These palaces looked over the great lake of Sahrij Swani. The complex was completed by gardens, the most famous of which are the Bahraouia and the Strangia, currently used as golf courses.
Three of these palaces have been refitted and restored. They are currently used as a royal residence.
Of all the palaces, Dar al-Mehencha has the most rigorous architectural design.
Built on a rectangular plan measuring 400 m by 240 m and surrounded by ramparts with bastions and a wall walk on its south side, the Mehencha (serpentine) Palace takes its name from the serpentine pool that stands in its great courtyard. It is accessed through a monumental gateway (Bab al-Makhzen) whose brick and adobe arch is decorated with polychrome faience mosaic.
The palace complex contains several structures, including:
- A rectangular courtyard, extremely austere, including gatehouses and stables as well as an old menagerie (douyret es-sbaa, the house of the lion) converted into apartments.
- A second courtyard flanked by gatehouses with a central basin covered with polychrome faience and with basins at each of its four corners.
- A mosque whose architectural design is of Turkish inspiration but whose decoration is specifically North African, with its square-based minaret decorated with blind arches, its mihrab decorated with polychrome faience mosaics, its pointed horseshoe arch, its festooned archivolts and its sculpted stucco panels.
- A chancellery (douyret en-nsar, the glorious house) consisting of a courtyard with an oval basin at its centre. One of its sides has three porticoes, the central one boasting a painted wooden ceiling and walls decorated to halfway up their height with zellij (small tiles). This is the 'glorious dome' (qubbat an-nsar) where the Sultan held his work meetings. The six rooms on the other side of the courtyard were reserved for use by secretaries.
- The royal apartments (riyad al-mhencha): around three of the sides of a large trapezoid-shaped courtyard (84m and 88m by 74m and 71 m), paved in white marble with a rectangular basin at its centre, stand the private apartments, the women's apartments with their outbuildings, and the ceremonial rooms, sumptuously decorated with zellij, sculpted plaster and painted wood.
- Six large gardens arranged in twos from east to west. The most elaborate, arset ar-rkham (the marble garden) is linked to the ceremonial rooms by a large verandah and leads via its central avenue to a large reception room isolated amidst the gardens (qubbat as-souira).

Built by Mulay Isma'il within the Royal City, this complex includes palaces for the king, his children, viziers and companions. It is surrounded by ramparts crossed through a monumental gateway. The entire Royal Palace covers 13.5 ha. Dar al-Mehencha was the king's main residence. Consisting of vast living rooms, riyads and richly decorated squares, the palace is a good example of an Andalusian monument. The rectangular palace (400 m long by 240 m wide) stands beside a large square just in front of the ramparts.

In his book al-Ithaf, Ibn Zaydan, who lived in the rooms of these palace and who had access to the Makhzen archives in Meknès, provides precise dates for Dar Kebira (1083–1091 / 1672–80). 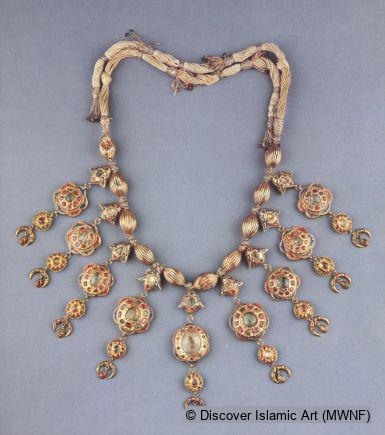 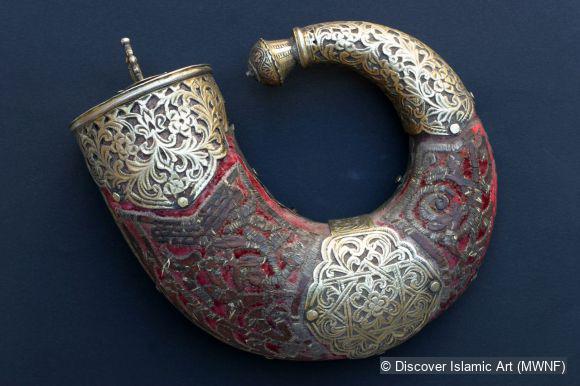 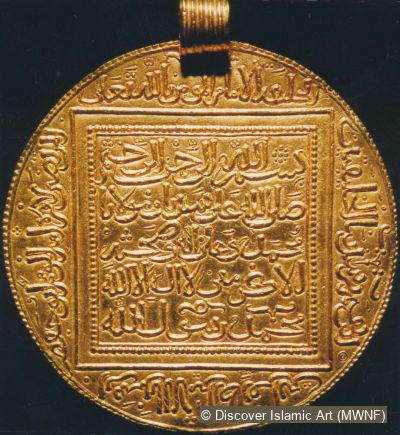 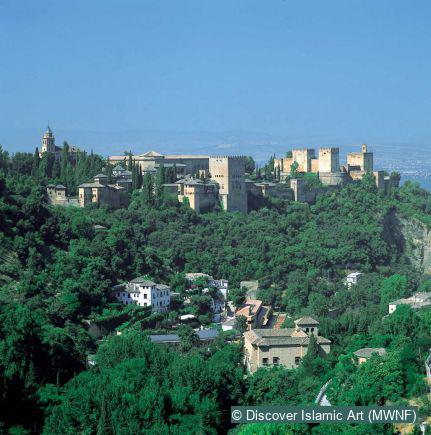 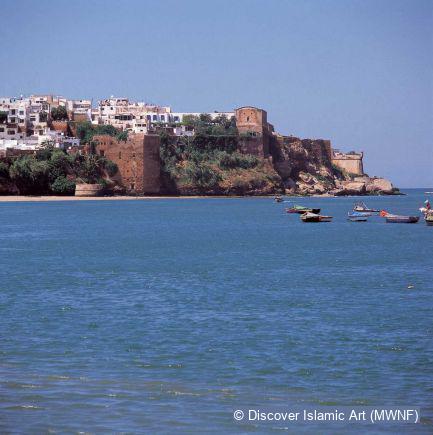 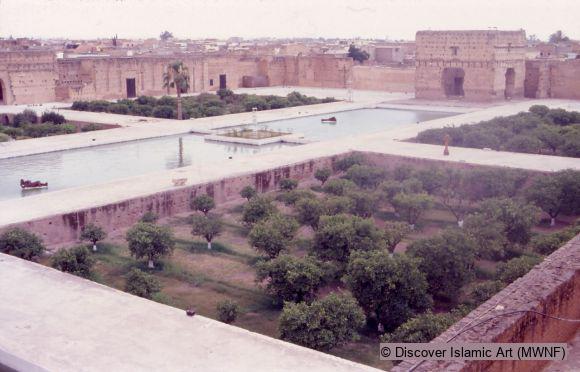 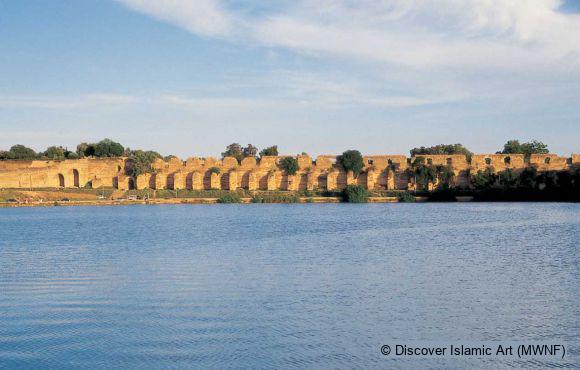