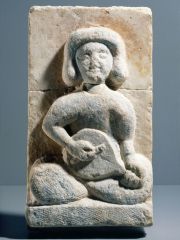 Relief of a lute player

The origin of this roughly worked marble block is unknown. Only through comparing it to fragments on other similarly decorated buildings are we able to give it both a date and a social context. It depicts a musician with his legs crossed, playing a lute. He is wearing trousers and a wide-sleeved shirt.
The musician’s hair is long, which is in keeping with the fashion of the day. The man is shown in a front-facing pose. He clutches the lute’s neck with his left hand, and with his right holds a plectrum, which is used to pluck the instrument’s strings. Stylistically, the relief is very basic. No details are included. The surface is crudely cut, which may be an indication that the relief was never completed. Another possibility might be that the surface was covered by painted stucco. Stone reliefs were incorporated into the city walls of Konya, among other places, during the Seljuq period.
Throughout the centuries, music has featured at the magnificent royal courts of Eastern princes. Court celebrations and their musical entertainment had already been written about since the Middle Ages, with much admiration. These sources also relate how much the sultan or prince enjoyed this musical entertainment. Not only were meals consumed at these events, but wine was drunk too. One listened to songs and watched dancers of both sexes perform. Music was felt as the enjoyment of a beauty that was not merely visible. The authors of these historical sources include Ibn Khaldun and al-Ghazzali among others. The harmony between different religious communities is illustrated by the fact that even an Iraqi Christian chronicler, Bar Hebraeus, describes with admiration a feast thrown by the Seljuq Sultan ‘Ala’ al-Din Kay Qubadh (Alaaddin Keykubad) I in 1237.

The musician on this marble relief plays a lute. It may have belonged to a group of similar reliefs which decorated a palace with scenes from court life. In Seljuq Anatolia, reliefs were often assembled to decorate different buildings including city walls such as those in Konya.

Lute players were frequently represented in Islamic art. This stone relief is characteristic of Seljuq Anatolia, as only there have similar reliefs been found remaining.

The previous owner stated that the relief was of Turkish provenance when the object was acquired. This information as well as the style in which it was made testify to its Anatolian Seljuq origin.

Annette Hagedorn "Relief of a lute player" in Discover Islamic Art, Museum With No Frontiers, 2022. https://islamicart.museumwnf.org/database_item.php?id=object;ISL;de;Mus01;23;en 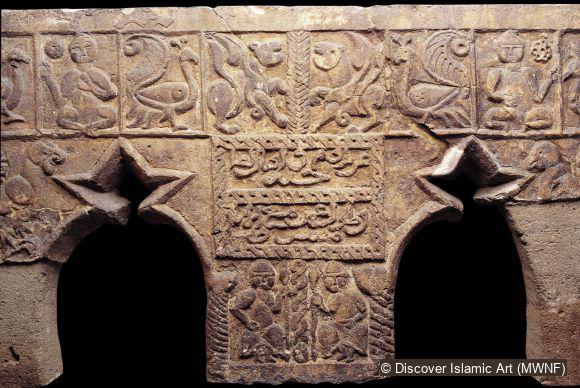 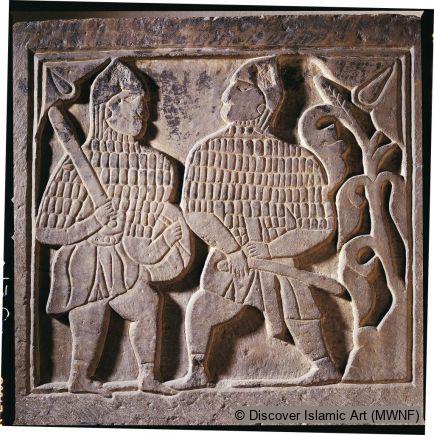 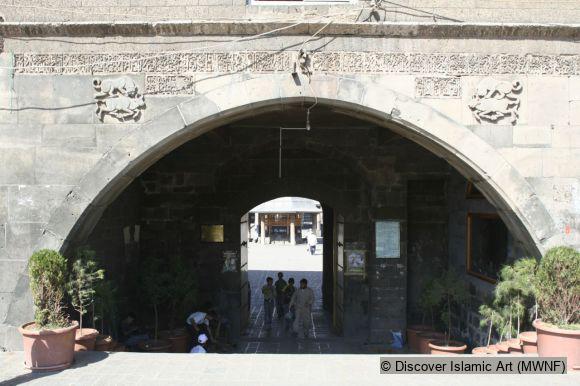 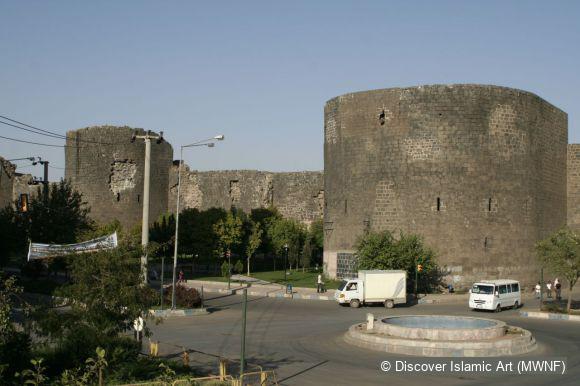 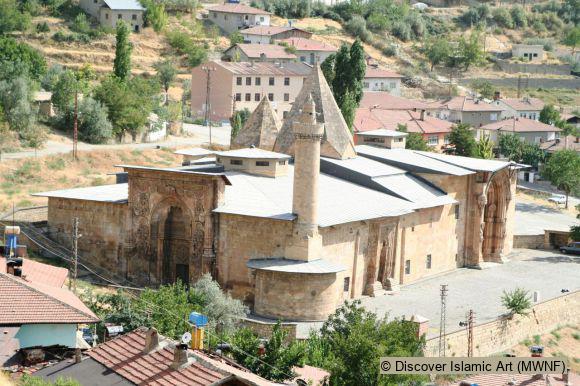 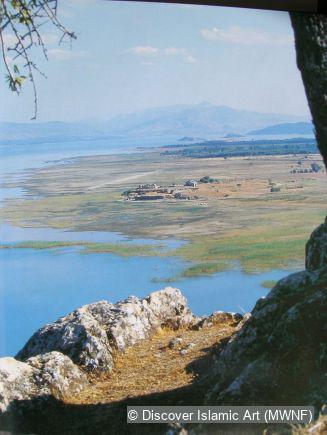