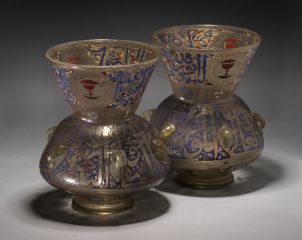 Two glass mosque lamps with globular body and flared neck, decorated with enamel and gilt. Around the body is a bold inscription, while roundels exhibiting a cup emblem alternating with calligraphy surround the neck. The inscriptions around the body of both these lamps state that they were made for Sayf al-Din Shaykhu al-‘Umari, a prominent amir for Sultan al-Nasir Muhammad. Shaykhu achieved the status of commander-in-chief of the palace and then Great Amir before being assassinated in AH 759 / AD 1357. The roundels around the neck and the underside of body contain a cup motif, the blazon of Shaykhu, indicating that he held the post of cup-bearer. The neck is inscribed with the Qur’anic verse 24:35, known as the ‘Light’ verse: ‘God is the Light of heavens and the earth; the likeness of His Light is a niche, wherein is a light, the light in a glass, the glass as it were a glittering star’.
Mamluk lamps with their non-figurative decoration, and inscriptions of Qur’anic verses, were mostly intended for religious buildings, hence the term ‘mosque lamp’. However, there are some lamps of the same shape from this period that would have been used in a secular setting. These lamps are part of a group of extant lamps probably made for the mosque Shaykhu commissioned in AH 750/ AD 1349, or for the sufi hostel (khanqa) he had built soon after in AH 756/ AD 1355, situated at the foot of the Citadel in Cairo.

A pair of glass mosque lamps decorated with enamel and gilt. Around the body are medallions containing the cup emblem, the heraldic symbol belonging to the patron Sayf al-Din Shaykhu al-‘Umari, who was cup-bearer for Sultan al-Nasir Muhammad.

Embellished with the blazon of Shaykhu these lamps were probably made for one of the religious buildings he commissioned; a mosque in 750/ 1349 and a khanqa in 756/ 1355. Shaykhu rose to prominence in the 740s / 1340s, and helped re-instate Sultan al-Nasir Hasan on the throne in 754 / 1354. Thenceforth Shaykhu effectively ruled the Mamluk Empire until he was assassinated in 758/ 1357. These mosque lamps probably date to the mid-7th / mid-14th century when he was at the height of his powers.

The objects are embellished with the blazon of Shaykhu (amir of Sultan al-Nasir Muhammad in Cairo, Egypt), and inscribed with his name, it is probable, therefore, that these lamps were made for one of the religious buildings that Shaykhu commissioned. 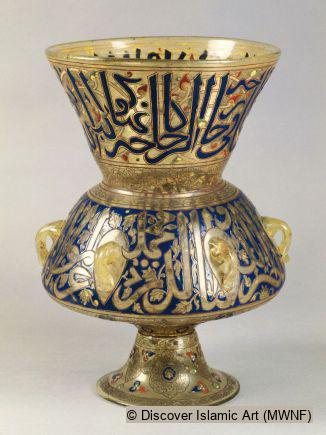 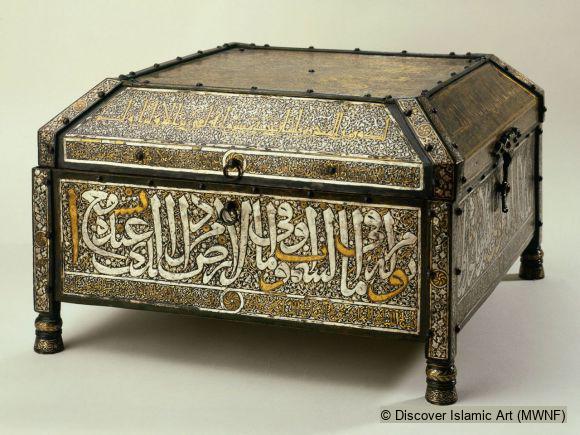 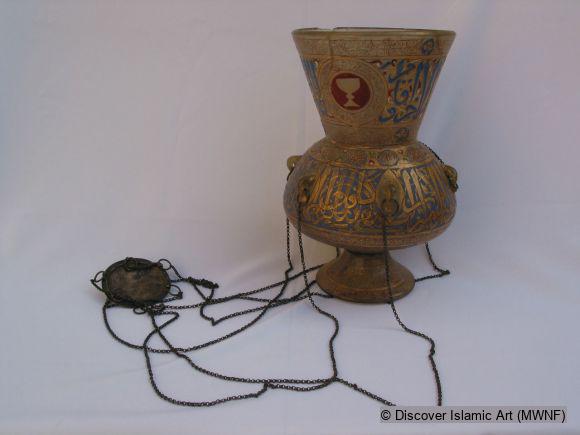 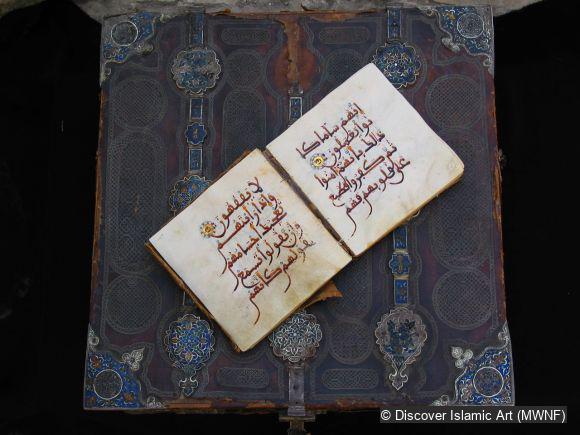 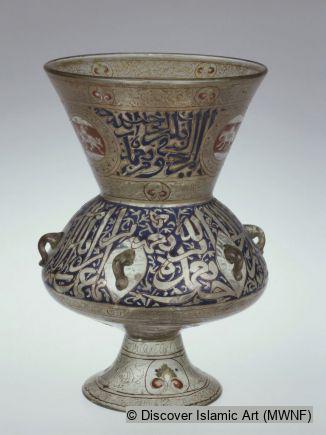 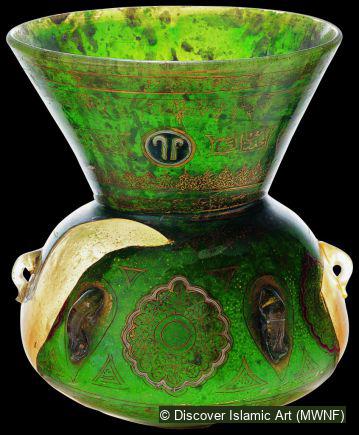 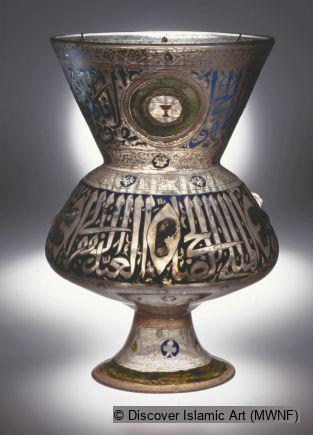 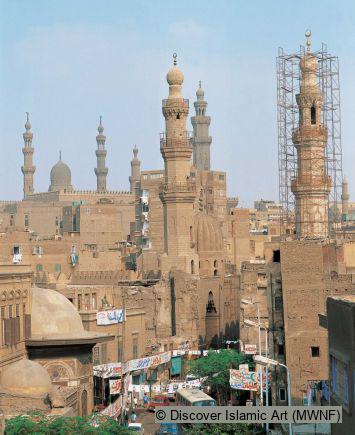